The word “lying” occurs 75 times in the Bible. The infographic below identifies the points of each occurrence. This graphic presentation starts with Genesis in the top left and concludes with Revelation in the bottom right. 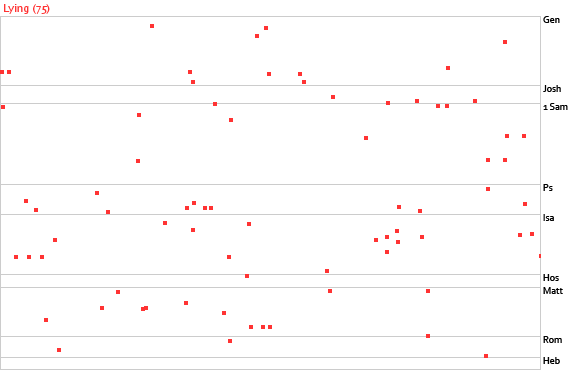 Here are the 60 most compelling Bible scriptures on lying.

Proverbs 12:22
Lying lips are an abomination to the Lord, but those who act faithfully are his delight. 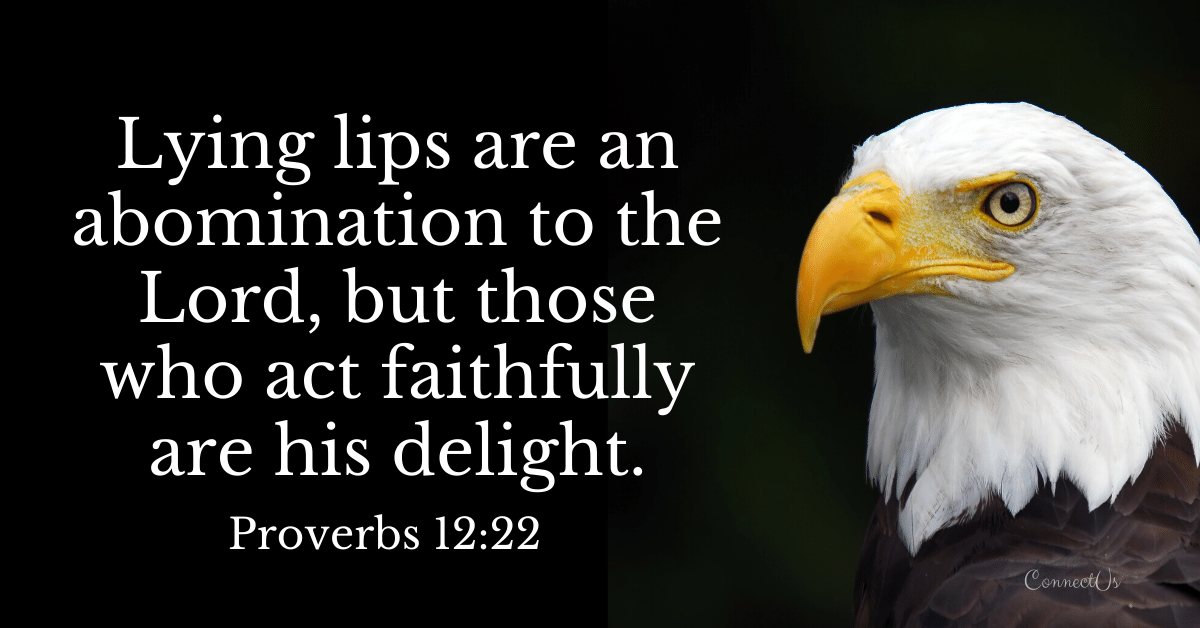 Proverbs 19:9
A false witness will not go unpunished, and he who breathes out lies will perish. 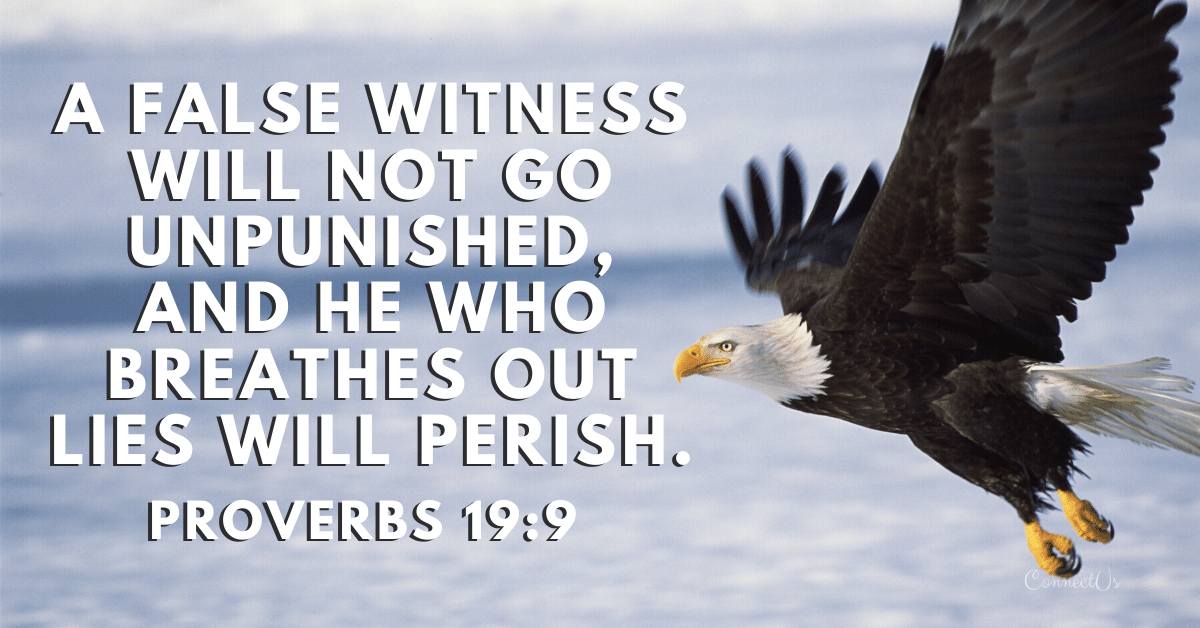 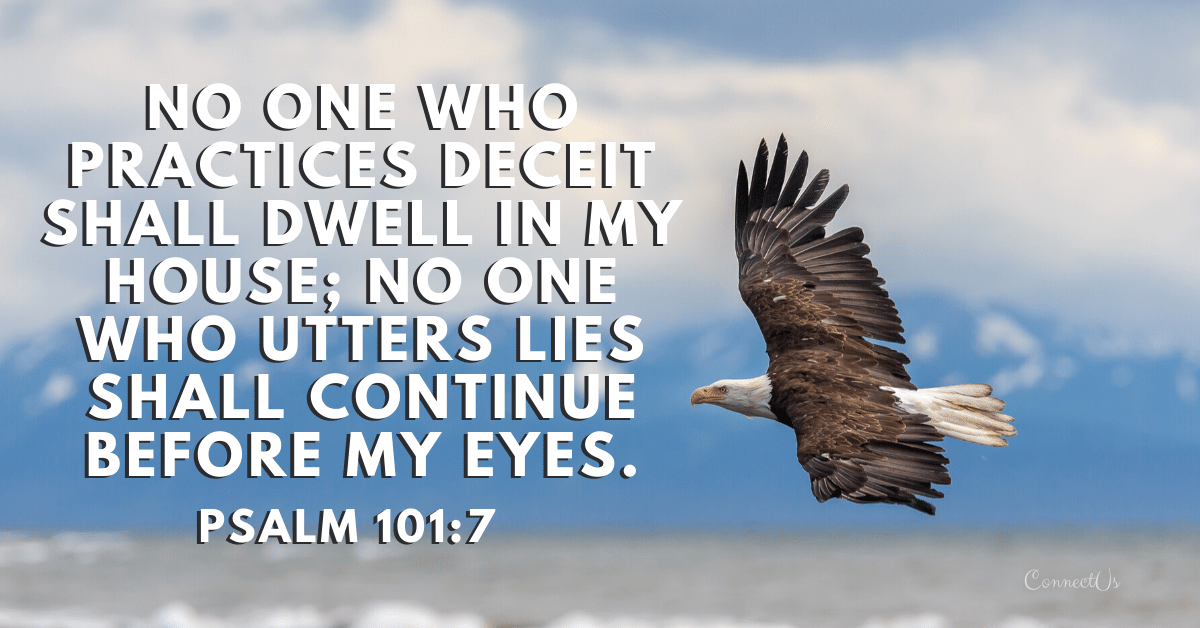 Proverbs 12:19
Truthful lips endure forever, but a lying tongue is but for a moment. 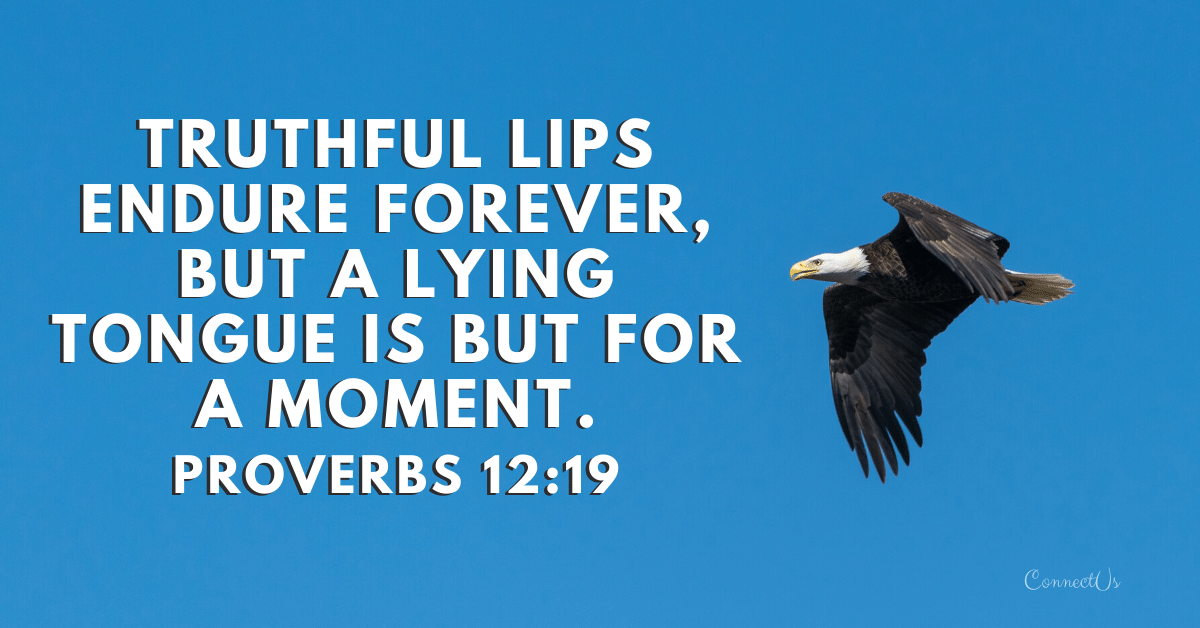 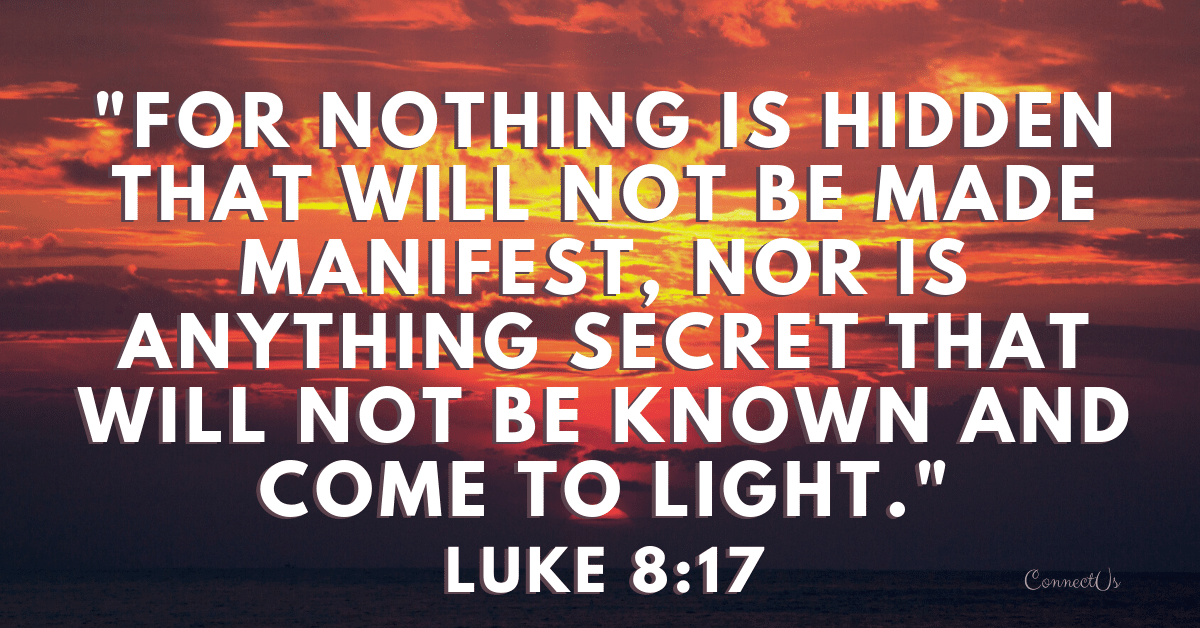 Ephesians 4:25
Therefore, having put away falsehood, let each one of you speak the truth with his neighbor, for we are members one of another.

1 John 2:4
Whoever says “I know him” but does not keep his commandments is a liar, and the truth is not in him.

1 Peter 3:10
For “Whoever desires to love life and see good days, let him keep his tongue from evil and his lips from speaking deceit.”

1 Timothy 4:2
Through the insincerity of liars whose consciences are seared.

Acts 5:3
But Peter said, “Ananias, why has Satan filled your heart to lie to the Holy Spirit and to keep back for yourself part of the proceeds of the land?”

Colossians 3:9
Do not lie to one another, seeing that you have put off the old self with its practices.

Exodus 20:16
“You shall not bear false witness against your neighbor.”

Exodus 23:1
“You shall not spread a false report. You shall not join hands with a wicked man to be a malicious witness.”

Genesis 3:4
But the serpent said to the woman, “You will not surely die.”

Hebrews 6:18
So that by two unchangeable things, in which it is impossible for God to lie, we who have fled for refuge might have strong encouragement to hold fast to the hope set before us.

Hosea 4:2
There is swearing, lying, murder, stealing, and committing adultery; they break all bounds, and bloodshed follows bloodshed.

Isaiah 32:7
As for the scoundrel—his devices are evil; he plans wicked schemes to ruin the poor with lying words, even when the plea of the needy is right.

James 3:14
But if you have bitter jealousy and selfish ambition in your hearts, do not boast and be false to the truth.

Jeremiah 23:32
Behold, I am against those who prophesy lying dreams, declares the Lord, and who tell them and lead my people astray by their lies and their recklessness, when I did not send them or charge them. So they do not profit this people at all, declares the Lord.

Luke 8:15
“As for that in the good soil, they are those who, hearing the word, hold it fast in an honest and good heart, and bear fruit with patience.”

Matthew 5:11
“Blessed are you when others revile you and persecute you and utter all kinds of evil against you falsely on my account.”

Proverbs 11:1
A false balance is an abomination to the Lord, but a just weight is his delight.

Proverbs 12:5
The thoughts of the righteous are just; the counsels of the wicked are deceitful.

Proverbs 13:5
The righteous hates falsehood, but the wicked brings shame and disgrace.

Proverbs 14:25
A truthful witness saves lives, but one who breathes out lies is deceitful.

Proverbs 14:5
A faithful witness does not lie, but a false witness breathes out lies.

Proverbs 17:7
Fine speech is not becoming to a fool; still less is false speech to a prince.

Proverbs 19:22
What is desired in a man is steadfast love, and a poor man is better than a liar.

Proverbs 19:5
A false witness will not go unpunished, and he who breathes out lies will not escape.

Proverbs 21:6
The getting of treasures by a lying tongue is a fleeting vapor and a snare of death.

Proverbs 24:28
Be not a witness against your neighbor without cause, and do not deceive with your lips.

Proverbs 25:18
A man who bears false witness against his neighbor is like a war club, or a sword, or a sharp arrow.

Proverbs 26:24
Whoever hates disguises himself with his lips and harbors deceit in his heart.

Proverbs 26:28
A lying tongue hates its victims, and a flattering mouth works ruin.

Psalm 109:2
For wicked and deceitful mouths are opened against me, speaking against me with lying tongues.

Psalm 119:29
Put false ways far from me and graciously teach me your law!

Psalm 119:69
The insolent smear me with lies, but with my whole heart I keep your precepts.

Psalm 120:2
Deliver me, O Lord, from lying lips, from a deceitful tongue.

Psalm 31:18
Let the lying lips be mute, which speak insolently against the righteous in pride and contempt.

Psalm 34:13
Keep your tongue from evil and your lips from speaking deceit.

Psalm 5:6
You destroy those who speak lies; the Lord abhors the bloodthirsty and deceitful man.

Psalm 51:6
Behold, you delight in truth in the inward being, and you teach me wisdom in the secret heart.

Psalm 58:3
The wicked are estranged from the womb; they go astray from birth, speaking lies.

Psalm 59:12
For the sin of their mouths, the words of their lips, let them be trapped in their pride. For the cursing and lies that they utter.

Revelation 22:15
Outside are the dogs and sorcerers and the sexually immoral and murderers and idolaters, and everyone who loves and practices falsehood.

Titus 1:2
In hope of eternal life, which God, who never lies, promised before the ages began.

Zechariah 8:16
These are the things that you shall do: Speak the truth to one another; render in your gates judgments that are true and make for peace.

Zephaniah 3:13
Those who are left in Israel; they shall do no injustice and speak no lies, nor shall there be found in their mouth a deceitful tongue. For they shall graze and lie down, and none shall make them afraid.