Here are the 30 most compelling Bible scriptures on poverty.

Leviticus 25:35
“If your brother becomes poor and cannot maintain himself with you, you shall support him as though he were a stranger and a sojourner, and he shall live with you.”

2 Corinthians 8:9
For you know the grace of our Lord Jesus Christ, that though he was rich, yet for your sake he became poor, so that you by his poverty might become rich.

Proverbs 22:2
The rich and the poor meet together; the Lord is the maker of them all.

Proverbs 20:13
Love not sleep, lest you come to poverty; open your eyes, and you will have plenty of bread.

Proverbs 28:6
Better is a poor man who walks in his integrity than a rich man who is crooked in his ways.

1 John 3:17
But if anyone has the world’s goods and sees his brother in need, yet closes his heart against him, how does God’s love abide in him?

1 Samuel 2:8
He raises up the poor from the dust; he lifts the needy from the ash heap to make them sit with princes and inherit a seat of honor. For the pillars of the earth are the Lord’s, and on them he has set the world.

Ecclesiastes 9:16
But I say that wisdom is better than might, though the poor man’s wisdom is despised and his words are not heard.

Isaiah 1:17
Learn to do good; seek justice, correct oppression; bring justice to the fatherless, plead the widow’s cause.

Isaiah 41:17
“When the poor and needy seek water, and there is none, and their tongue is parched with thirst, I the Lord will answer them; I the God of Israel will not forsake them.”

James 2:5
Listen, my beloved brothers, has not God chosen those who are poor in the world to be rich in faith and heirs of the kingdom, which he has promised to those who love him?

Jeremiah 5:24
“They do not say in their hearts, ‘Let us fear the Lord our God, who gives the rain in its season, the autumn rain and the spring rain, and keeps for us the weeks appointed for the harvest.’”

Luke 1:53
He has filled the hungry with good things, and the rich he has sent away empty.

Matthew 8:20
And Jesus said to him, “Foxes have holes, and birds of the air have nests, but the Son of Man has nowhere to lay his head.”

Proverbs 10:4
A slack hand causes poverty, but the hand of the diligent makes rich.

Proverbs 15:16
Better is a little with the fear of the Lord than great treasure and trouble with it.

Proverbs 17:5
Whoever mocks the poor insults his Maker; he who is glad at calamity will not go unpunished.

Proverbs 19:4
Wealth brings many new friends, but a poor man is deserted by his friend.

Proverbs 20:4
The sluggard does not plow in the autumn; he will seek at harvest and have nothing.

Proverbs 21:5
The plans of the diligent lead surely to abundance, but everyone who is hasty comes only to poverty.

Proverbs 22:7
The rich rules over the poor, and the borrower is the slave of the lender.

Proverbs 28:11
A rich man is wise in his own eyes, but a poor man who has understanding will find him out.

Proverbs 29:13
The poor man and the oppressor meet together; the Lord gives light to the eyes of both.

Proverbs 29:7
A righteous man knows the rights of the poor; a wicked man does not understand such knowledge.

Psalm 103:6
The Lord works righteousness and justice for all who are oppressed.

Psalm 140:12
I know that the Lord will maintain the cause of the afflicted, and will execute justice for the needy.

Psalm 35:10
All my bones shall say, “O Lord, who is like you, delivering the poor from him who is too strong for him, the poor and needy from him who robs him?”

Revelation 2:9
“‘I know your tribulation and your poverty (but you are rich) and the slander of those who say that they are Jews and are not, but are a synagogue of Satan.” 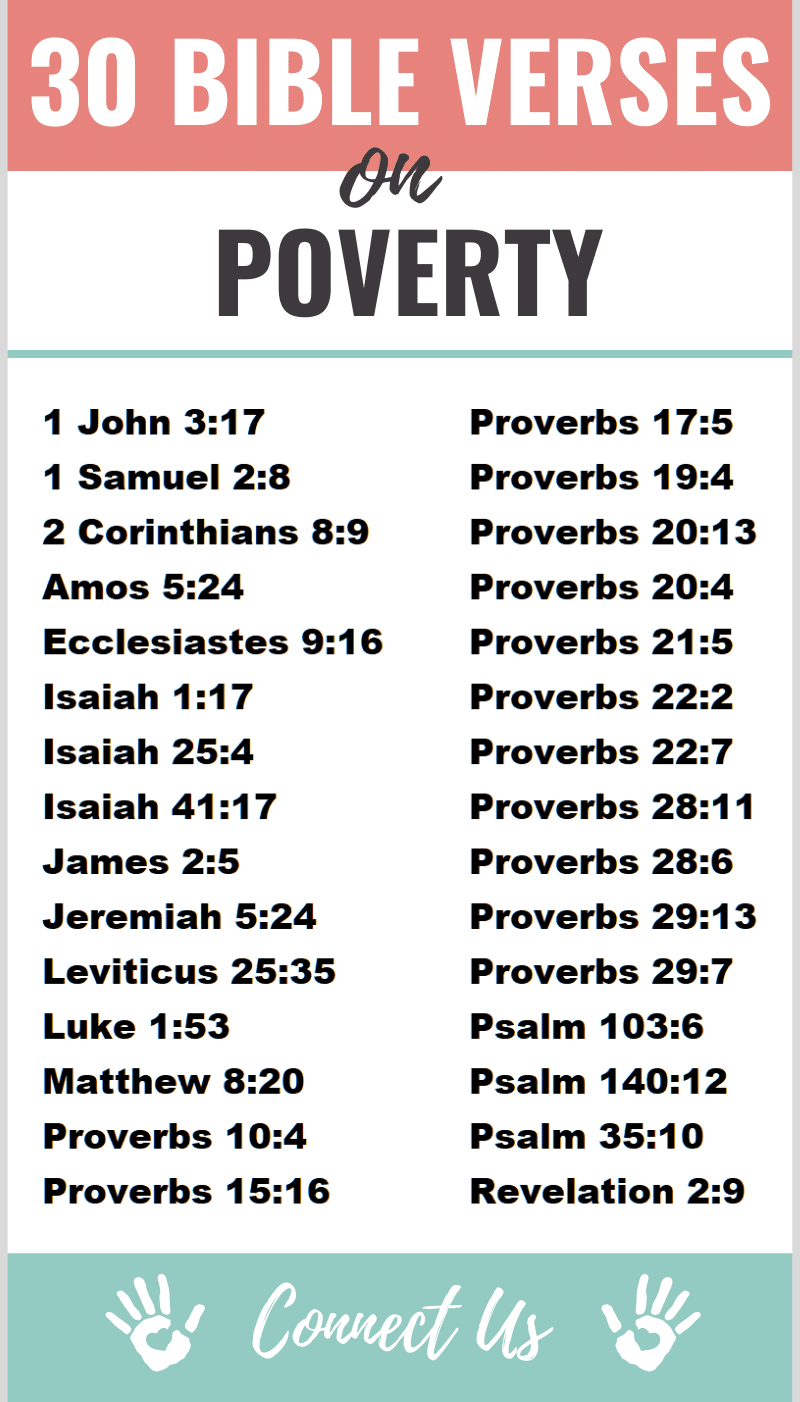