Matthew 17:2
God of all power, I glorify and magnify Your Name because of who You are. We thank You for the divine confirmation of Your Son whilst he was here on earth and became the radiant glory. Your Son became transfigured before His followers; His face shone like the sun and His garments became as white as light! Lord, Your power was evident in this transfiguration and for that we thank You for being who You say You are, Amen.

Luke 9:29
God of Light, Your Son was a perfect example of how to live as Christians here on earth, thank You for His life and purpose. Lord, whilst Your Son was praying, the appearance of His face became different, and His clothing became white and gleaming. I thank You for this account of the manifestation of Your power, because this example of Your power gives us hope as we too hold this power within us. Lord, continue to be with us, Amen.

Exodus 34:29
God of Righteousness, I give You all the glory due unto Your Name. Lord, I thank You for who You are, a God who does not let things remain the same when in Your divine presence. We see this with Moses as he came down from Mount Sinai, his people were scared to come near to him because his face shone after speaking with You. Lord, I pray that we become transfigured in Your presence, I pray that when people see us, they see You; thank You Lord, Amen.

2 Peter 1:16-18
Awesome Creator, I thank You for letting Your people witness the transfiguration of Your Son (Jesus Christ). They did not follow cunningly devised fables when they made known to the world the power and coming of You, but they were eyewitnesses of His majesty. Your voice was heard (which came from heaven) when they were with Him on the holy mountain. Lord, I am grateful for Your power that acted as proof for Your followers so that they could go out and preach and teach the gospel, Amen.

John 1:14
Dear Father, I thank You for the fulfilment of Your Word. The Word became flesh and dwelt among us, and they beheld His glory, the glory of the one and only Son, who came from the Father, full of grace and truth. I thank You for Your divine power that was seen here on earth, it is because of this that we can come together and celebrate You. I pray that we do not take Your power for granted and I pray that we truly understand Your greatness, Amen.

John 17:5
Eternal God, Your Son was glorified on earth together with You, with the glory which He had with You before the world was. I thank You for sending Your only begotten Son so that we could all be saved and so that we could have an example on how to live on earth. so during this transfiguration Sunday, I thank You for the glorification of Your Son and the power that was made known in Him, because I believe that we too can experience Your power here on earth, Amen.

Get Our Free 10 Week Prayer Journal

Our 10 week prayer journal will guide you through your daily prayers and help you plan out your prayer week. It is completely free. You can click here to get it now.

125 Most Powerful Prayers to Use in Times of Need 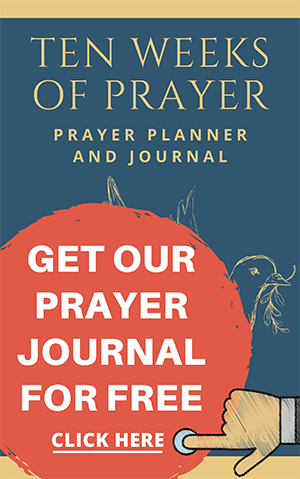 The 125 Most Powerful Prayers Ever