Explanation and Commentary on 1 Corinthians 10:23

Even though something is legal, you should consider the effect on others before doing it.

In this passage, Paul is answering a question from the Corinthians about eating food that had been sacrificed to idols. At the time of Paul’s writing, people regularly ate the sacrificial meals of various deities as a way to honor and sanction the divinity of the deity. Eating together was important to network within the community and build friendships. There was enormous social pressure to conform to these social norms. Those that avoided the meals from the public sacrifices were viewed as outcasts by society.

While Paul began his answer on the topic of idol offerings in 1 Corinthians 8:1-13, he returned to the topic in 1 Corinthians 10:1-33. In 1 Corinthians 8, Paul tells us that not all Christians were fully convinced that idols were false and that there is only one true God. For those weak Christians, though it was legal to eat the food offered to the idols, those Christians could have abstained to show they rejected the authenticity of the idols. Or, they could have eaten it and made it clear that they rejected the idols. If instead, these weak Christians eat the food out of respect for the idol, they commit the sin of idolatry. These weak Christians lack the ability to make the correct moral judgments in their lives, which will lead to other sins. Paul concludes this passage stating that he would personally avoid eating sacrificial offerings altogether if it would avert a fellow Christian from slipping into sin.

Paul’s focus is not on the food itself as much as how we exercise our Christian liberties. Paul tells us to consider whether our lawful actions are beneficial and constructive so as to help others. Though it may be legal to perform a certain act, the circumstances surrounding it may make it a sin. Even if not a sin, we still must consider whether we are promoting the welfare of others before we act. 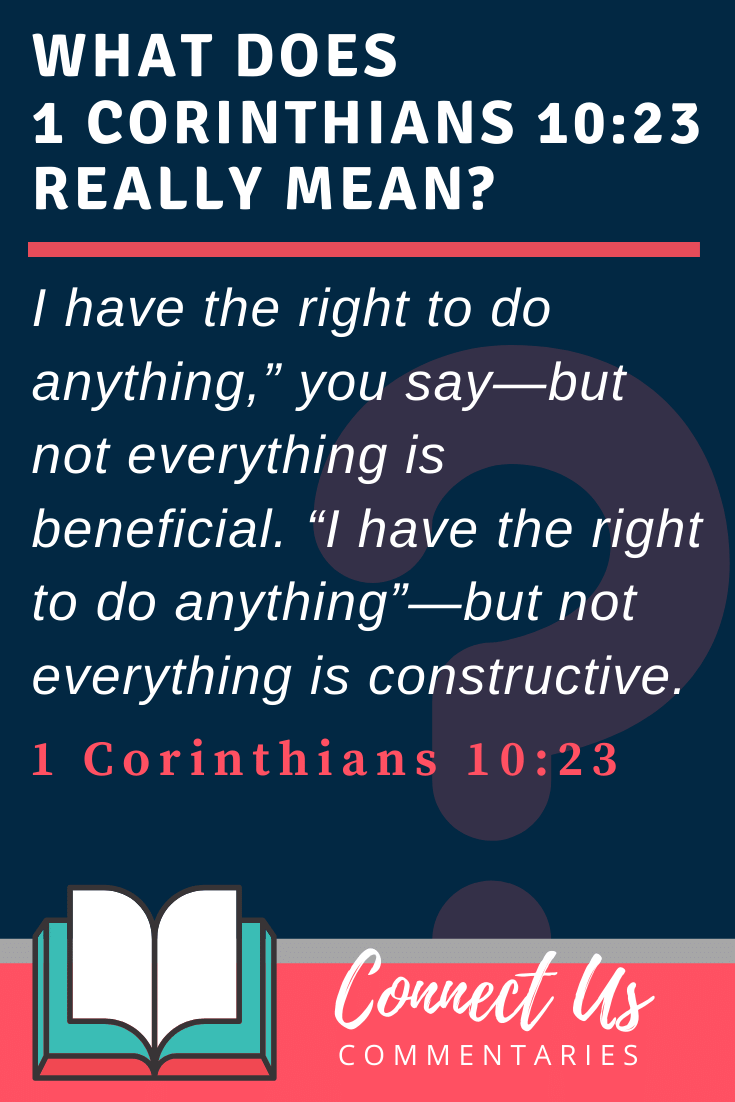