Hebrews 9:27
“Just as people are destined to die once, and after that to face judgment,”

Explanation and Commentary of Hebrews 9:27

The author of Hebrews is comparing the sacrifice of Jesus himself as the true high priest for the sins of the world to the yearly sacrifice of animals by the earthly high priest for sin. “Just as people are destined to die once,” Jesus died once and for all to purify the heavenly tabernacle of which the earthly one was only a copy. Christ’s sacrifice took away sins, and when he returns, he will bring salvation for those who, by faith in him, have had their sins taken away.

This verse also points out that we are destined to die once. Only two in recorded biblical history seem to have been taken to God without dying: Enoch, the 7th from Adam, and Elijah the prophet. For the rest of us, including Jesus Christ, death is the last enemy, but also a crossover point into a heavenly realm, where we await the return of Christ and the resurrection of our bodies.

For those who know Christ, the judgment will be sweet. Books will be opened, including the Lambs Book of Life (Rev 21:27), which will contain our name in it, indicating that we have received on earth the imputed righteousness of Christ that is by faith in him. This means that Jesus has taken our sin on himself, along with God’s wrath for sin, and given us his perfect record. After that, we will receive a reward for whatever deeds were done in Christ for the glory of God (Mt 16:27).

Breaking Down the Key Parts of Hebrews 9:27

#2 “and after that to face judgment,”
The most biblical explanation for this is that after we die, we await the return of Christ and his final judgment in what we call heaven, or what Christ called “paradise” when speaking to the thief on the cross next to him.

NIV
Just as people are destined to die once, and after that to face judgment.

NLT
And just as each person is destined to die once and after that comes judgment.

ESV
And just as it is appointed for man to die once, and after that comes judgment.

KJV
And as it is appointed unto men once to die, but after this the judgment.

NKJV
And as it is appointed for men to die once, but after this the judgment. 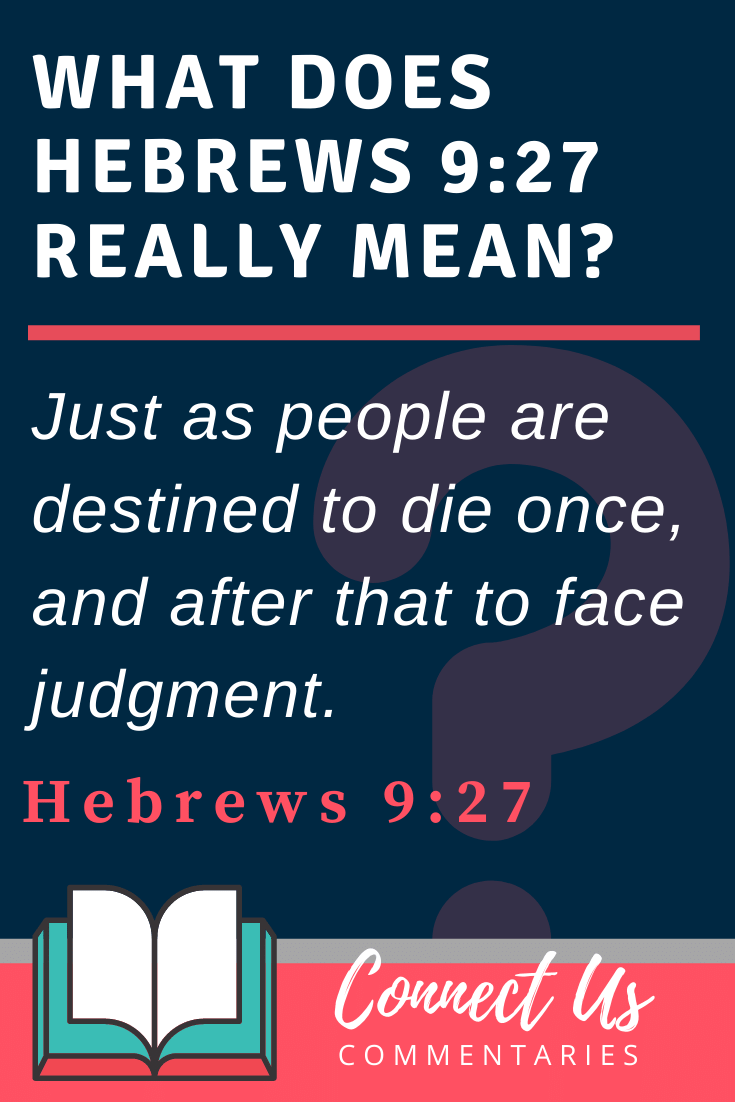