Explanation and Commentary of Proverbs 13:24

It is an epidemic today that children are undisciplined by well-meaning, but confused parents. It is true that there are some parents that are overly strict and harsh, but the vast majority do not discipline their children, or they do so in a wrong or inconsistent way.

It is controversial today whether this verse commands that the form of discipline come in spanking with “the rod.” Some say that the verse cannot be interpreted in any other way. This is perhaps true, but the spirit of the rule is more important than the method. The rod itself can be used to torture and for cruelty. Therefore the person on the other end of the rod must be loving and wise.

The wider and more common problem is that parents do not discipline their children. Often this is out of a desire to be liked by the child. But undisciplined children can quickly become exasperating to the parent. Even though the goal of the parent was to be nice, they will eventually lose their temper with the unruly child and do something to cause infinitely more harm than simple, consistent discipline done without anger, but only love. Indeed, this is the way our Father in heaven disciplines us (Pr 3:12).

Breaking Down the Key Parts of Proverbs 13:24

#1 “Whoever spares the rod…”
Whether this means literal spanking is debated in the church. But whether by a rod or some other unpleasant experience, children should not be spared when discipline is needed.

#2 “…hates their children,”
While this seems harsh, think of what is at stake: A parent who refuses to discipline their child will cause them to grow up undisciplined and their lives will be greatly impacted. Consider the fact that in the majority of cases, the parents fail in this area out of their own selfishness, afraid of being disliked by the child. This kind of selfishness can be described as hatred.

#3 “but the one who loves their children…”
To love the child is to care for its whole well-being. Discipline should not be given in anger, but in great love with patience. A parent disciplines because they love. Along with the discipline, there should be love and affection so that there is no question about why the child is facing unpleasant circumstances.

#4 “…is careful to discipline them.”
It requires carefulness to discipline because discipline must be absolutely consistent. A parent must be watchful and have the patience to do what needs to be done so that children are not confused. Sometimes parents neglect this out of sheer laziness. Whether out of laziness or selfishness, if the child isn’t not carefully disciplined, parents will grow to dislike their own kids and will find some other way to punish them wrongly out of anger. This is a great sin against the child and will cause much damage.

ESV
Whoever spares the rod hates his son, but he who loves him is diligent to discipline him.

KJV
He that spareth his rod hateth his son: but he that loveth him chasteneth him betimes.

NKJV
He who spares his rod hates his son, But he who loves him disciplines him promptly. 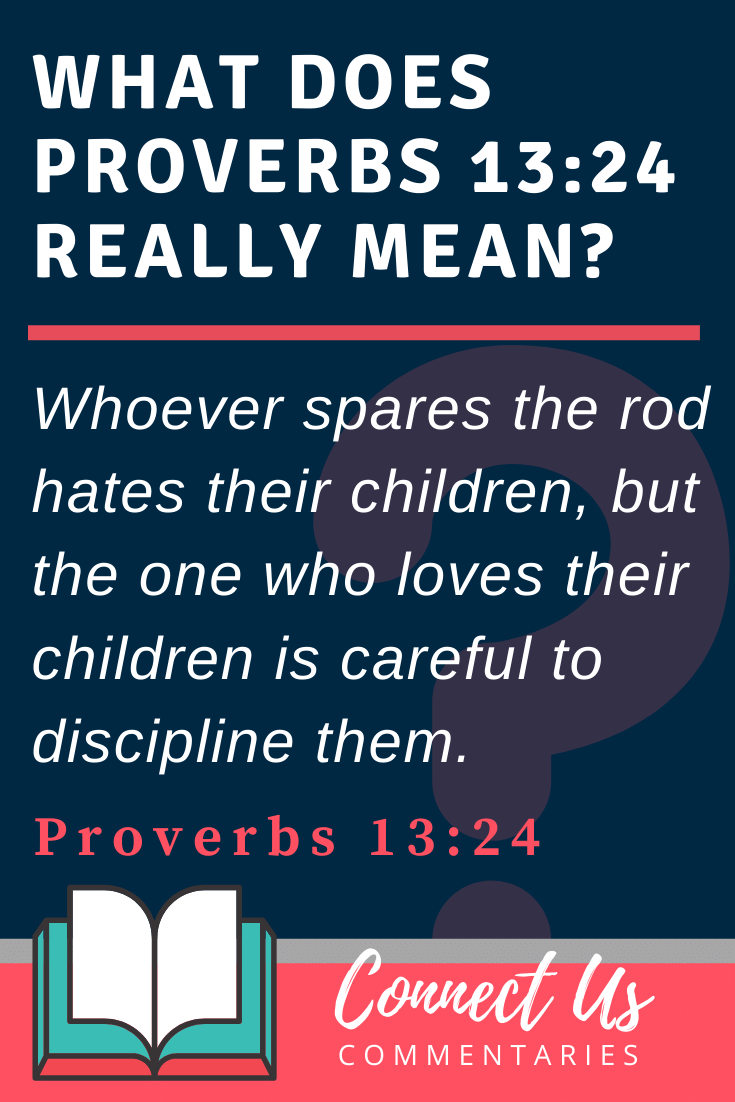