Proverbs 27:17
“As iron sharpens iron, so one person sharpens another.”

Explanation and Commentary of Proverbs 27:17

In the world’s economy, men dominate other men (and women). There are leaders and there are followers. There are gurus and spiritual directors who are oppressive. But in God’s economy, the Kingdom of God, there are equals, and even where one is in a position of authority, it is an authority of servanthood. Jesus was clear that in his Church leaders would not domineer like the Gentiles, but would humbly serve, like Christ, who not only washed the feet of his disciples but died for the sins of the whole world.

In this light, all of our relationships are to be Christ-centered. We are to commend the truth to one another in love, and so grow together into the likeness of Christ. Paul said that he had discarded any cunning or underhanded ways of ministering, and instead sought to set “forth the truth plainly… [and] commend [him]self to everyone’s conscience in the sight of God” (2 Cor 4:2). The only good relationships are the kind where both parties are sharpened by the truth-telling and example of the other. This is part of the great blessing of Christian brotherhood and ought not to be neglected.

Breaking Down the Key Parts of Proverbs 27:17

#1 “As iron sharpens iron,”
Iron rubbed against another piece of iron will become sharp even as it sharpens the other piece. The best of Christ-centered relationships will be like two pieces of iron. A quality relationship will be based on growth in Christlikeness.

NLT
As iron sharpens iron, so a friend sharpens a friend.

ESV
Iron sharpens iron, and one man sharpens another.

NKJV
As iron sharpens iron, So a man sharpens the countenance of his friend. 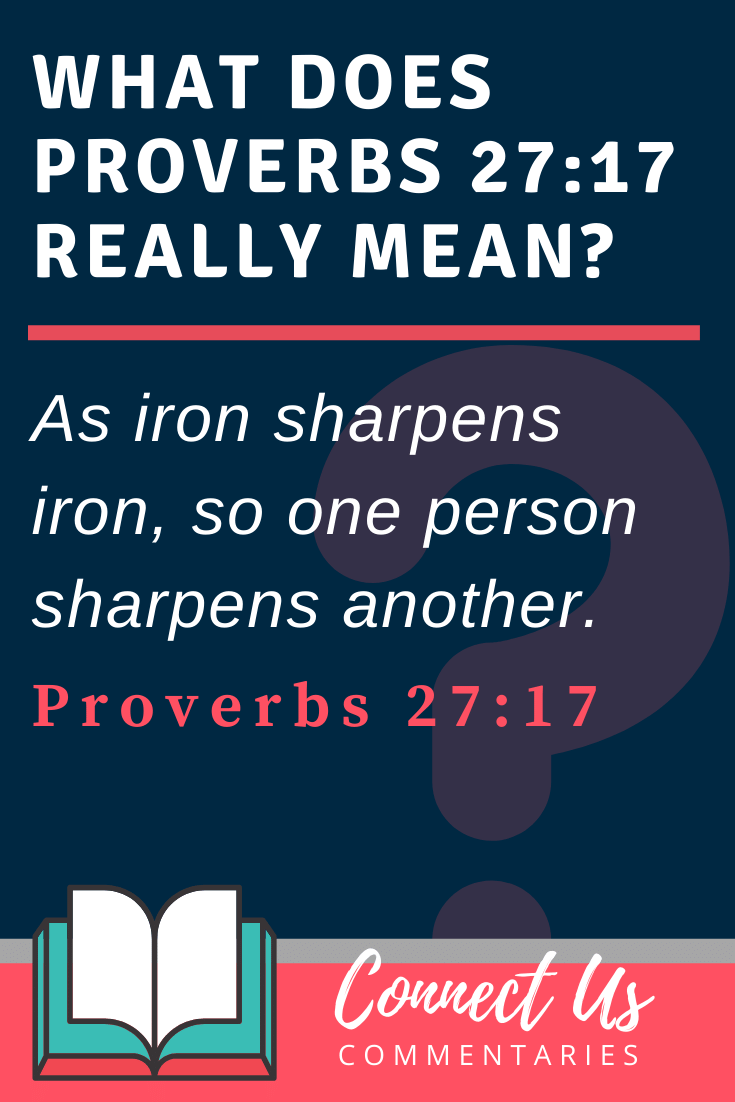