Explanation and Commentary on 1 Corinthians 1:25

People of no learning and no power were chosen by God to spread the gospel, relying on the wisdom of God rather than the musings of the well-studied and powerful.

Paul wrote the letter known as 1 Corinthians to the church in Corinth after receiving reports that things were not going well there. This letter was broken into five main parts, each to address a different problem: divisions, sex, food, the gathering, and the resurrection. The problem addressed in this part of the letter was of divisions among the congregation around various teachers, and then fighting among the divisions. Paul was reminding Christians that the church is a community of people not centered around various teachers, but centered around Jesus.

The well-educated and powerful people – who were unsaved and would perish – thought the preachings of the Apostles were foolish. These people did not understand how Christians could gain everlasting life through Jesus’s death or be blessed by Jesus, who was outcast and cursed in His time. These people relied on their education, determining that the preachings were inconsistent with what they had previously been taught and should be ignored.

Those who were unsaved had expected the Messiah to be a great king, not a poor carpenter who would be crucified. Nothing in their doctrine had taught that the Savior would live such a humble life and die such a despised death, where, in their mind, He could not even save Himself on the cross. The unsaved people thought it stupidity to believe that such a man was the Messiah.

God told us to let the wicked forsake His way, and the unrighteous His thoughts (Isaiah 55:7).

Breaking Down the Key Parts of 1 Corinthians 1:25

#2 “is wiser than human wisdom,…”
What these unsaved people consider foolish is actually incredible wisdom and is far wiser than what we could ever imagine.

#3 “…and the weakness of God…”
Again, Paul was being sarcastic when he referred to “ the weakness of God.” He was not saying that God was inadequate. Rather, to that class of people who are spiritually bankrupt, they perceived God’s word to be weak. 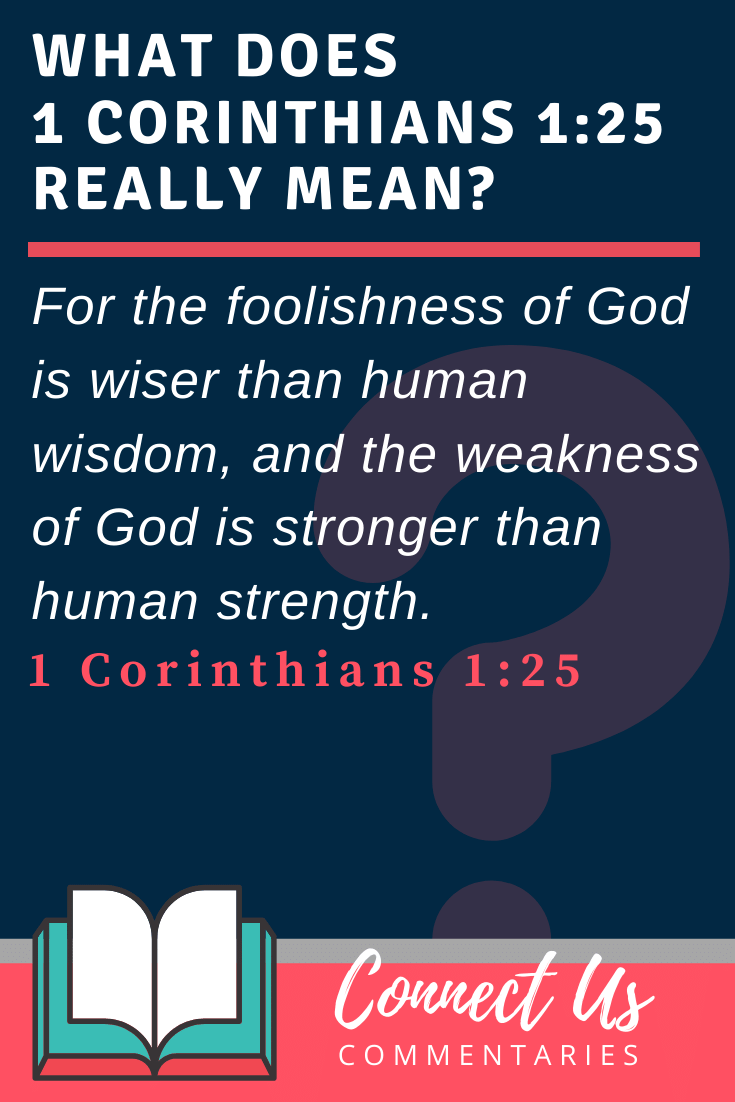