1 Corinthians 14:40
“But everything should be done in a fitting and orderly way.”

Explanation and Commentary on 1 Corinthians 14:40

Act in a way that is decent, rational and composed so that you do not dishonor God during your worship.

Paul concludes 1 Corinthians 14 with this general rule. It is part of a passage that runs from verse 36 to 40, where Paul is rebuking the Corinthians for their extreme pride in having spiritual gifts and their childish behavior in the congregation. The Corinthians were so self-absorbed that they behaved in some sort of uncontrolled manner that was different than other churches. The Bible does not tell us exactly what they did, only that it was a misuse of their spiritual gifts and disgraceful to God.

Paul gave the Corinthians this simple rule to follow to guide their actions in matters related to their worship of God. This included such things as the customs they would follow and how they would act so that they could properly glorify God and be an example for non-Christians in order to convert unbelievers.

As an example of the acting in a “fitting and orderly way,” Paul told the Corinthians that we should prefer the spiritual gift of prophecy over that of speaking in tongues because prophecy is a more useful spiritual gift. Speaking in tongues can be useful if there is an interpreter so that the audience can understand the message, whereas prophecy has no need for an interpreter.

Breaking Down the Key Parts of 1 Corinthians 14:40

#1: “But everything should be done in a fitting…”
“Fitting” is translated in some versions as “decently.”

#2: “…and orderly way.”
This means that we should do things in the proper sequence and at the right time, rather than in a haphazard and impulsive manner.

NIV
But everything should be done in a fitting and orderly way.

NLT
But be sure that everything is done properly and in order.

ESV
But all things should be done decently and in order.

KJV
Let all things be done decently and in order.

NKJV
Let all things be done decently and in order. 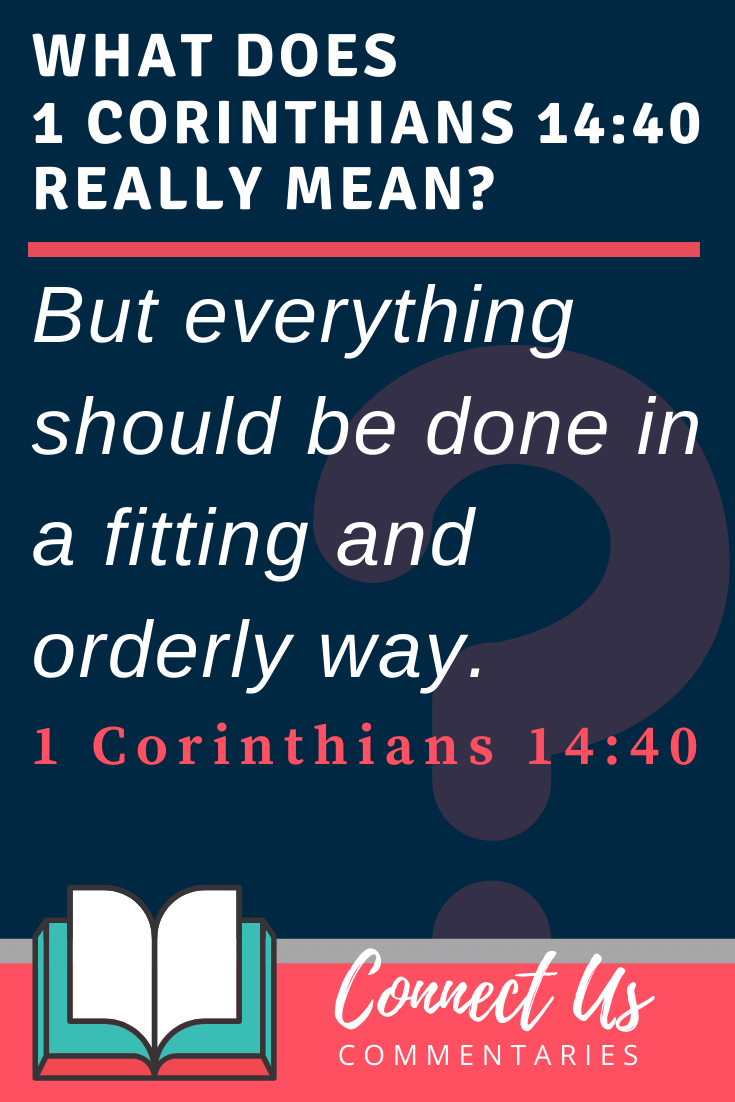