Explanation and Commentary on 1 Corinthians 15:55

In 1 Corinthians 15:51-57, Paul shared with the Corinthians one of the “mysteries” in the gospels. A “mystery” is a truth that had been concealed by the apostles from Christians until a certain point in time. The mystery that Paul revealed was that after the second coming of Jesus, in a split second (“in the twinkling of an eye”), those Christians who had died would be brought back to life, and those Christians that are still alive will go up into heaven without dying. The bodies of these Christians will not be of flesh and blood as we are now, but will be in a much different spiritual body suitable to living in the celestial world (1 Corinthians 15:40-50). Then, death will be abolished (1 Corinthians 15:54).

After death is abolished, those Christians that were living, and those Christians who were raised from the dead, will be immortal and never die. Noting that Paul echoes Hosea 13:14 in these poetic verses, some commentators think that he was paraphrasing those verses, whereas other commentators think Paul was merely familiar with Scripture and so his language shows resemblance to Hosea 13:14 without intentionally paraphrasing it.

#1: “Where, O death, is your victory?”
Paul is speaking to “death” as if it is a person. This is the cry of triumph over death that Paul thinks Christians will make when the time comes that death can no longer steal their mothers, fathers, sisters, brothers, daughters, and sons. Death has the power to put Christians in the grave, where they are imprisoned. When death is abolished, Christians in the graves will rise from the dead, out of their graves and be set free for eternity.

#2: “Where, O death, is your sting?”
Death has the power to invoke pain on and destroy Christians, but after it ceases to exist, it will no longer have this power. Christians will fear death no more. Some commentators think that “sting” in this context meant the “prick” of a snake, scorpion or bee and also meant the prick from the iron point of an ox-goad. An ox-goad was a long weapon 7-8 feet in length, with a sharp iron point used to manage oxen. It could be used gently to guide the oxen to move in a certain direction, or more forcefully as a spear if needed. 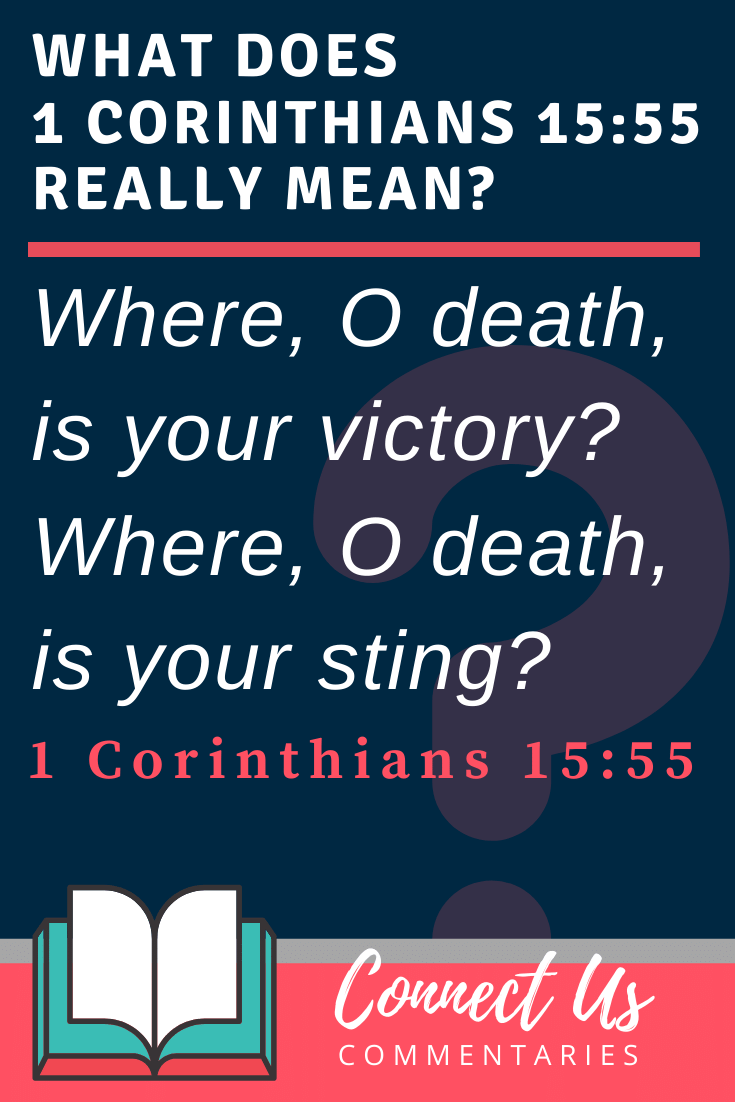