Exodus 4:24
“At a lodging place on the way, the Lord met Moses and was about to kill him.”

Explanation and Commentary of Exodus 4:24

In this, one of the more confusing passages in Scripture, there is a sense that one does not have the entire story. Did Moses fail in a rule that God had made clear to him, but is not made clear to us? Did he already know that as a Jew, he should have circumcised the boys long before this? It is hard to say. There is no evidence in the Bible that the penalty for failing to circumcise sons is death.

The editors of the KJV claim that as the NIV substitutes the word, “Moses,” for “him” in verse 24, so that it reads, “the Lord met him and was about to kill him,” that it is talking about Pharaoh’s son who God had declared in verse 23 that he would kill if Pharaoh did not let the Israelites go. It is not necessary to take this position, and it is likely that the NIV got it right. It can only mean that God took seriously the command to circumcise the Israelites. How Zipporah knew what to do is unclear, but it may be that as Moses held his sons down, she wielded the knife. Verse 26 could be read as, “He let him go.” Moses may have been the one to instigate the circumcision. Either way, it seemed to stay God’s hand.

God requires a new kind of circumcision for his Church, one of the heart. Rather than being less of a sanctification of his people, it is more. Rather than being only an outward sign of devotion to God, he looks for inward signs of obedience and love for him.

Breaking Down the Key Parts of Exodus 4:24

#1 “At a lodging place on the way,”
This seems to be referring to the journey of Moses and his family to Egypt.

#2 “the Lord met Moses…”
Whether it was the angel of the Lord or the presence of the Holy Spirit is not made clear, but God was manifestly present, and Zipporah or both of them noticed and were moved to action.

#3 “…and was about to kill him.”
It is simply unclear as to how they knew this, but they did, and also that performing the circumcision, and touching the foreskin to the feet of their father, would accomplish the salvation for the moment. If one looks closely, one can see the gospel message in this story. There was blood required for the substitution of God’s righteous judgment.

NIV
At a lodging place on the way, the Lord met Moses and was about to kill him.

NLT
On the way to Egypt, at a place where Moses and his family had stopped for the night, the Lord confronted him and was about to kill him.

ESV
At a lodging place on the way the Lord met him and sought to put him to death.

KJV
And it came to pass by the way in the inn, that the Lord met him, and sought to kill him.

NKJV
And it came to pass on the way, at the encampment, that the Lord met him and sought to kill him. 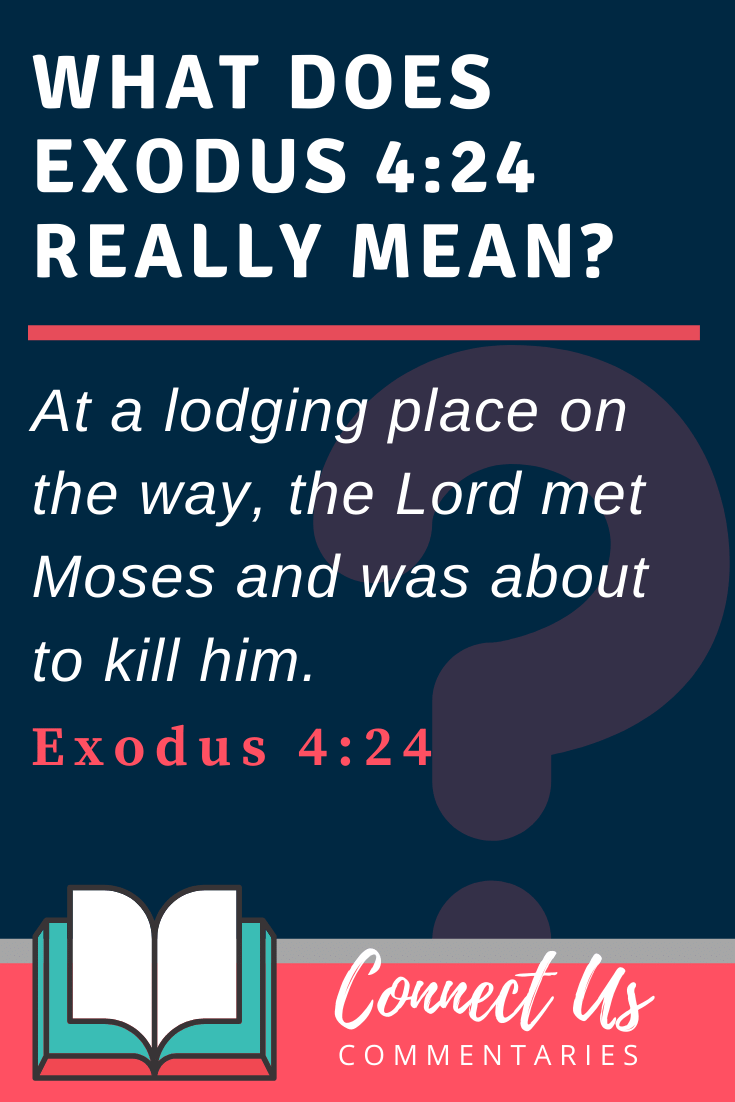