Galatians 6:7
“Do not be deceived: God cannot be mocked. A man reaps what he sows.”

Explanation and Commentary of Galatians 6:7

This is a principle that runs through the Bible from beginning to end. There are a few exceptions due to the fallen state of the world, or due to the sovereign plan of God, but 99% of the time the effects manifested in the world are the result of prior sowing, either by the individual who is reaping, or some predecessor (by which I mean that one generation could suffer for the behavior of the previous).

Paul’s point here, after strongly making the case for salvation by grace alone, is that the way we live does matter. Even as he argues against works-righteousness by outward signs of circumcision and ceremonial restrictions, he urges righteous living and promises a harvest either way, whether it is a harvest of good or a harvest of wrongdoing. To deny this fact by the way we live would be to mock God. In order to mock God, one must be deceived by Satan, the sinful flesh, and the lies of the world.

Breaking Down the Key Parts of Galatians 6:7

#1 “Do not be deceived:”
There is truly no sin committed which is not a result of deception. Satan deceived Eve to bring about the very first sin on the earth (Gen 3:1). We allow Satan to deceive us, and then we deceive ourselves with a host of lies in order to mistrust the goodness and promises of God. To sin in any way requires some level of unbelief. To disbelieve God, who can be known by everything that he has created (Ro 1:19-20), is to be deceived.

#3 “A man reaps what he sows.”
To be a Christian is to be a redeemed person, bought with the high price of the blood of Jesus for the glory of God to do good works, prepared in advance for us (Eph 2:10). We are saved by grace through faith alone, but faith without works is dead faith (Ja 2:18). We show that we are saved by grace by how we love others. Sow to the Spirit and reap a reward. Sow to the flesh and reap the destruction of an unbeliever.

NIV
Do not be deceived: God cannot be mocked. A man reaps what he sows.

NLT
Don’t be misled—you cannot mock the justice of God. You will always harvest what you plant.

ESV
Do not be deceived: God is not mocked, for whatever one sows, that will he also reap.

KJV
Be not deceived; God is not mocked: for whatsoever a man soweth, that shall he also reap.

NKJV
Do not be deceived, God is not mocked; for whatever a man sows, that he will also reap. 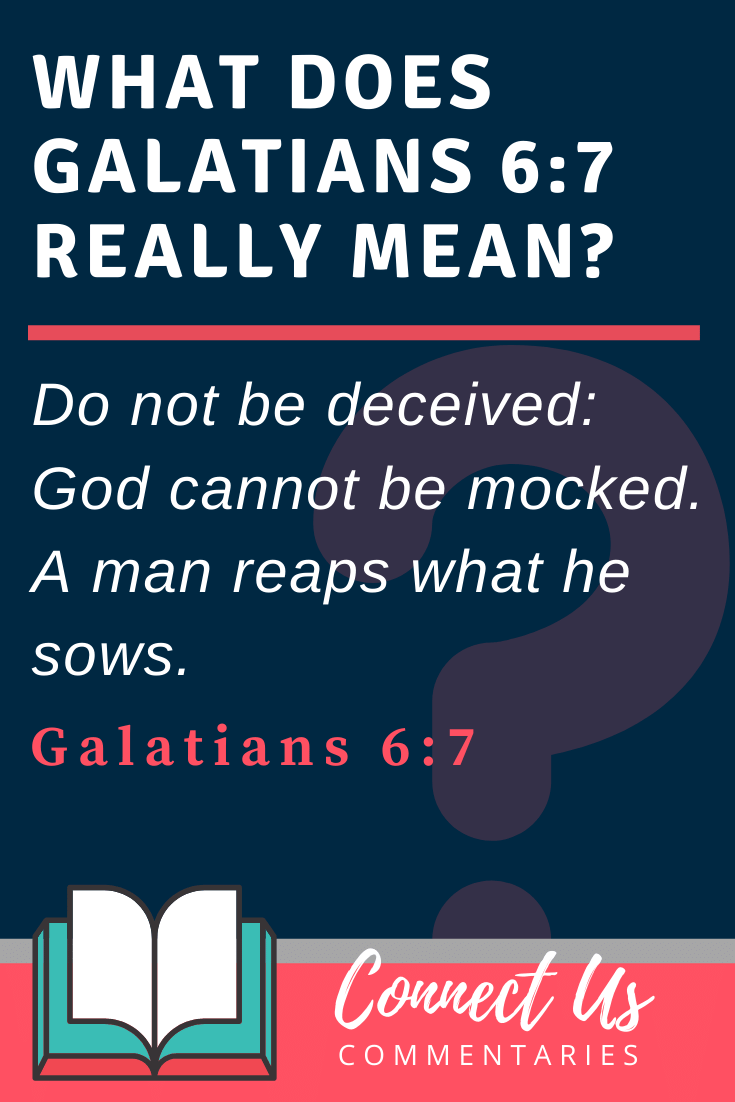