Isaiah 53:5
“But he was pierced for our transgressions, he was crushed for our iniquities; the punishment that brought us peace was on him, and by his wounds we are healed.”

Explanation and Commentary of Isaiah 53:5

One of the most profound and prescient prophets of the coming Messiah, Isaiah, foretold seven-hundred years prior the life of Christ what would happen and what kind of suffering servant he would be subject to when he did come. This is a statement of the Gospel of Jesus Christ.

The Jews had a whole system of sacrifices and offerings for the forgiveness of sin and the restoration of the sinner back into the community and into holiness. The Jews were well aware that “the wages of sin is death” (Gen 2:17). God saw to it that the fact was extremely clear. Not only did they have to sacrifice a perfect animal, but there were also myriad instructions for sprinkling blood on altars and priests. Sin equals death. Death and blood were the payment for the human tendency to gravitate toward rebellion towards God, with whom the Jews had made a covenant.

But Isaiah gives more than a hint that the whole system was a placeholder for the ultimate sacrifice, the Son of God, Jesus Christ.

Breaking Down the Key Parts of Isaiah 53:5

#1 “But…”
The previous verses show how this suffering servant would be considered punished by God when it was seen how he suffered violence. “But,” it was not his own punishment that he bore.

#2 “…he was pierced for our transgressions, he was crushed for our iniquities;”
It was indeed not his transgressions, which means law-breaking, or his iniquities, which is immorality that caused him to be pierced and crushed. It was ours. He was pierced in his hands and feet, and in his side, as they nailed him on the cross and stabbed him with the Roman spear. He was crushed by God by the rejection, betrayal, torture, injustice, and murder committed against him by the ones he came to save.

#3 “The punishment that brought us peace was on him,”
By his punishment, we have been reconciled to God, because in his sacrifice, “he himself is our peace.” We were once “far off” but now “have been brought near by the blood of Christ” (Eph 2:13-16). Now that we have peace with God, we can go into his presence as his sons and daughters. We can worship him, pray to him, and abide in him.

#4 “and by his wounds we are healed.”
Our wounds are plenty from the evil days we’ve endured in a fallen state, in a fallen world. Our wounds are both self-inflicted and given to us by others. Jesus has healed our wounds by his own wounds, suffered at the hands of those who could be healed by them. Even the deathblow that would condemn us to hell has been healed by the suffering of Christ Jesus on the cross.

NIV
But he was pierced for our transgressions, he was crushed for our iniquities; the punishment that brought us peace was on him, and by his wounds we are healed.

ESV
But he was pierced for our transgressions; he was crushed for our iniquities; upon him was the chastisement that brought us peace, and with his wounds we are healed.

KJV
But he was wounded for our transgressions, he was bruised for our iniquities: the chastisement of our peace was upon him; and with his stripes we are healed.

NKJV
But He was wounded for our transgressions, He was bruised for our iniquities; The chastisement for our peace was upon Him, And by His stripes we are healed. 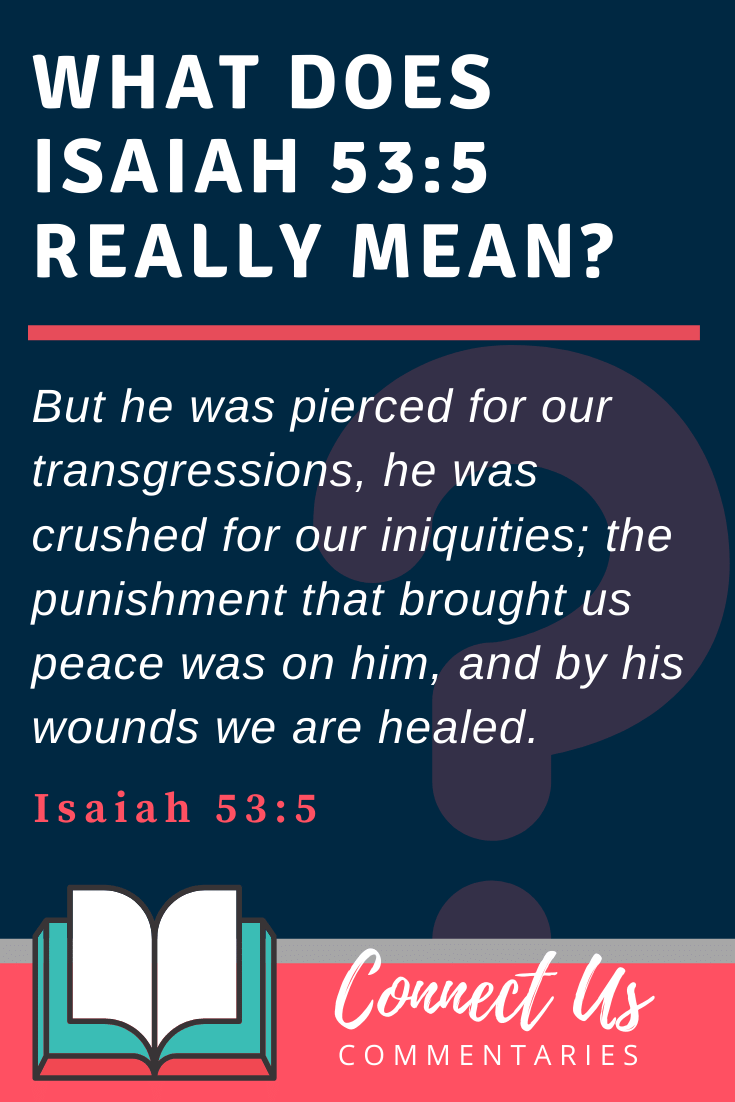