John 1:14
“The Word became flesh and made his dwelling among us. We have seen his glory, the glory of the one and only Son, who came from the Father, full of grace and truth.”

Explanation and Commentary of John 1:14

From one of the most powerful and miraculous statements in all of Scripture, we learn that the very source of all creation, the Word of God, incarnated in the form of Jesus Christ of Nazareth to a virgin in a manger.

J.I. Packer points out in his book, Knowing God, that if one can believe the miracle of the incarnation of God the Son to a virgin, then there should be no trouble believing that he walked on water, fed the multitude miraculously, healed the sick, or raised the dead. The God of the universe is the Word. “The Word was with God, and the Word was God” (Jn 1:1). That he “became flesh and dwelt among us” is a greater blessing than we could ever comprehend.

We should “praise the Lord because he has visited and redeemed his people” (Lk 1:68). Sadly, “though the world was made through him, the world did not recognize him” (Jn 1:10). For those that do see him, they behold the glory of God in Christ and are given the right to become “children of God” (Jn 1:12).

Breaking Down the Key Parts of John 1:14

#1 “The Word…”
The Word, the logos, is a mysterious nomenclature. The Greeks used the term to refer to reason as the substance by which the whole world was constituted. In this, they were not far off, but the whole reality is that God himself is the source of all reason. The Word, his will and his decrees, his wisdom, his nature, and his ways, were embodied in the Son of God. The Word is the message of God. It is the will of God, revealed in written form (Heb 4:12), in the observance of creation (Ro 1:26), or in the incarnation of the Son.

#2 “became flesh and made his dwelling among us.”
Jesus was born, raised, and ministered as a man among people. God first dwelt with Adam in the Garden of Eden before the disobedience of Adam caused him to lose the continuous presence of God and cast out of the Garden. God dwelt by his Spirit in the form of the cloud and pillar of fire in the wilderness after the Exodus. Today, post ascension, God dwells among men in the spirits of regenerated humans who have given their lives to God (1 Pt 2:4-10; Mt 28:20). And it Revelation 21, when the New Earth descends it is promised that “God’s dwelling place [will now be] among the people, and he will dwell with them. They will be his people, and God himself will be with them and be their God” (Rev 21:3).

#3 “We have seen his glory, the glory of the one and only Son, who came from the Father,”
Jesus was glorified in many ways starting when the Spirit descended on him and the voice spoke from heaven (Mt 3:17). They saw him perform miracles that caused them to fall at his feet in fear and reverence (Lk 5:8). They saw him transfigured on the mountain (Mk 9:2-8). But Jesus spoke of his own glorification in John 13:31 as he spoke of his death and resurrection.

#4 “full of grace and truth.”
The very fact of the coming of Christ is a testament to the grace of God. Jesus Christ showed the heart of God for mercy and forgiveness by his acceptance of sinners who repented, no matter what sins they had committed. He was full of truth because he is the truth (Jn 14:6). Believe and follow Jesus, and the truth will you free (Jn 8:32).

NIV
The Word became flesh and made his dwelling among us. We have seen his glory, the glory of the one and only Son, who came from the Father, full of grace and truth.

NLT
So the Word became human and made his home among us. He was full of unfailing love and faithfulness. And we have seen his glory, the glory of the Father’s one and only Son.

ESV
And the Word became flesh and dwelt among us, and we have seen his glory, glory as of the only Son from the Father, full of grace and truth.

KJV
And the Word was made flesh, and dwelt among us, (and we beheld his glory, the glory as of the only begotten of the Father,) full of grace and truth.

NKJV
And the Word became flesh and dwelt among us, and we beheld His glory, the glory as of the only begotten of the Father, full of grace and truth. 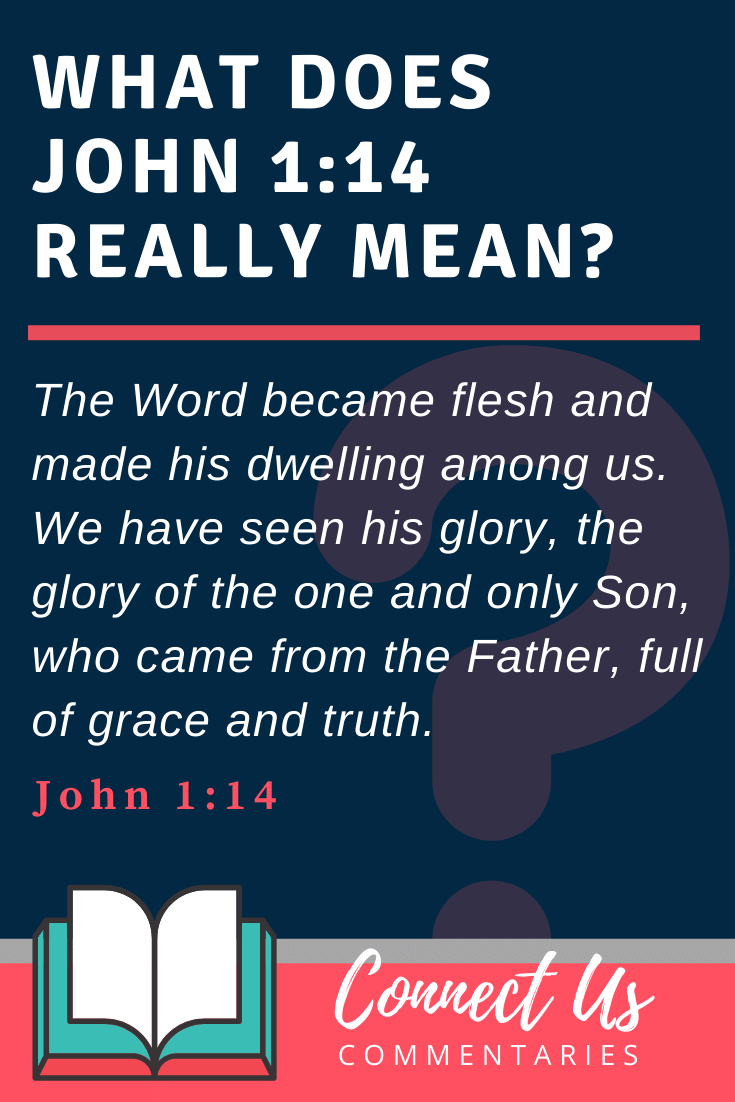