2 Thessalonians 2:11
“For this reason God sends them a powerful delusion so that they will believe the lie…”

Explanation and Commentary of 2 Thessalonians 2:11

Paul is writing to the church in Thessalonica about the events that will occur at the very end of the age. Satan will send an antichrist who will have the ability to perform signs and wonders in order to lead many astray so that there can be a clear distinction between the Church and the world at which the wrath of God for sin is coming (Jn 3:36).

Part of the reason for their fault is simply their denial of what is. This illogical failure of reason is an affront to the very nature of God, “since what may be known about God is plain to them, because God has made it plain to them. For since the creation of the world God’s invisible qualities—his eternal power and divine nature—have been clearly seen, being understood from what has been made, so that people are without excuse” (Ro 1:19-20). The doctrine of election is Biblical and just, but never does it remove the fact that humans deny God by their own volition, making their condemnation just. Apart from Christ, no one would be saved, because all fall short of the glory of God (Ro 3:23). But by grace, we have received a righteousness that is by faith, by the blood of Jesus, who has finished his work on the cross and sat down at the right hand of God (Heb 10:11-14).

Breaking Down the Key Parts of 2 Thessalonians 2:11

#1 “For this reason…”
While the wicked have been witness to the truth, they refuse to believe it, instead hating it in their denial.

#2 “…God sends them a powerful delusion…”
God will allow “the lawless one” (2 This 2:8) to come, and he will have satanic power to perform miracles that seem to authenticate what they already know to be a lie. This is similar to the hardening of Pharaoh’s heart in the time of the Exodus when God, to accomplish his purposes, not only hardened Pharaoh’s heart but allowed Pharaoh’s magicians to perform some of the very same miracles as God did through Moses and Aaron. This was part of the means of Pharaoh’s hardening.

#3 “…so that they will believe the lie.”
This will give them more reason to believe they are correct in their denial. Those living any kind of lie will look under every rock for seeming evidence to support their delusions. God obliges them.

NIV
For this reason God sends them a powerful delusion so that they will believe the lie.

NLT
So God will cause them to be greatly deceived, and they will believe these lies.

ESV
Therefore God sends them a strong delusion, so that they may believe what is false.

KJV
And for this cause God shall send them strong delusion, that they should believe a lie.

NKJV
And for this reason God will send them strong delusion, that they should believe the lie. 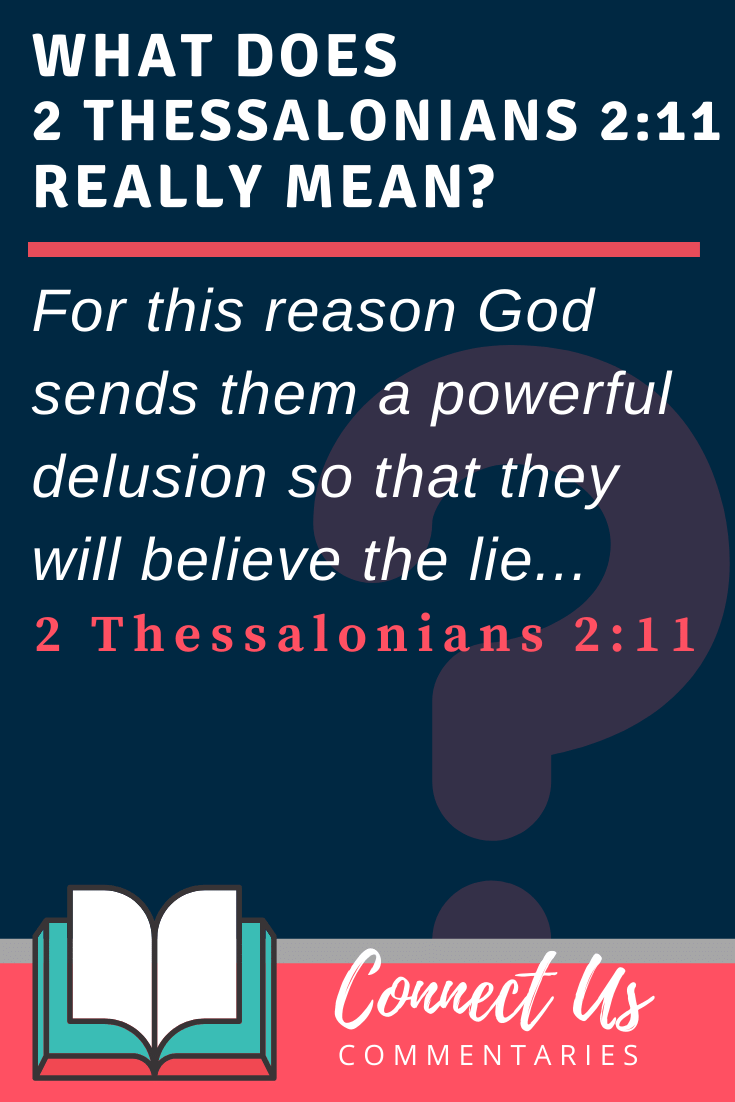