Explanation and Commentary of Ezekiel 25:17

God is speaking through the prophet concerning particular enemies of the people of God, which makes them enemies of God. Vengeance for what happens to his children is one of God’s main concerns even when an agent has been originally used by God to discipline his people. Such is the nature of God’s sovereignty in concert with man’s free will.

God’s vengeance is produced from his wrath for sin and injustice. God is perfectly holy, perfectly loving, perfectly just, and perfectly good. His nature necessitates that he has wrath for sin, especially when that sin is carried out against his children. There is no injustice that will go unnoticed by God. There is no sin that will not be paid for, even for the saved whose sins required the justice of the cross of Christ. God is consistent and trustworthy.

Even for those on whom God takes vengeance, there is hope for them if they will “know that [he] is the Lord when it happens. God will be glorified. It is a great mercy to worship him willingly because one has eyes to see the truth in time.

Breaking Down the Key Parts of Ezekiel 25:17

#1 “I will carry out great vengeance…”
Vengeance is the privilege of God alone, who takes the harm of his children extremely personal. Even the authority the state has to punish and execute criminals comes from God as it acts as his agent (whether it knows it or not), and spares the individual from the job of judge, jury, jailer, or executioner.

#2 “…on them and punish them in my wrath.”
“Because the Philistines acted in vengeance and took revenge with malice in their hearts, and with ancient hostility sought to destroy Judah… I am about to stretch out my hand against the Philistines, and I will wipe out the Kerethites and destroy those remaining along the coast” (Eze 25:15-16). God’s justice is perfect. The Philistines had chosen their false god Dagon though they had seen the power of the God of Jacob, so they are without excuse for their malice against the Israelites. God’s wrath for idol worship is greatest on those who have seen the alternative.

#3 “Then they will know that I am the Lord, when I take vengeance on them.”
Because they have rejected Yahweh as Lord by making themselves his enemies, he will show them by their destruction. In today’s world where few have not heard of the salvation of Jesus Christ, and many have undertaken to persecute the Church, God would have a similar judgment. If any will repent and turn to God, then they will have the honor and blessing of “knowing that [he] is the Lord.”

NLT
“‘I will execute terrible vengeance against them to punish them for what they have done. And when I have inflicted my revenge, they will know that I am the Lord.’”

ESV
“‘I will execute great vengeance on them with wrathful rebukes. Then they will know that I am the Lord, when I lay my vengeance upon them.’”

NKJV
“‘I will execute great vengeance on them with furious rebukes; and they shall know that I am the Lord, when I lay My vengeance upon them.’” 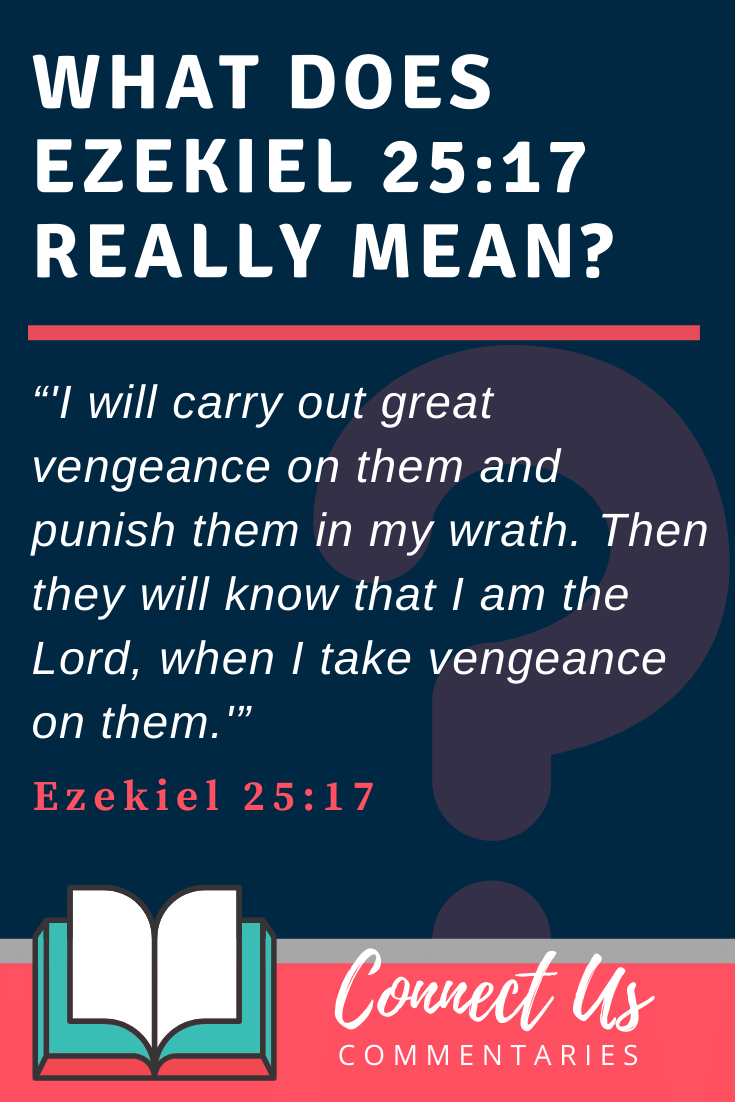