Explanation and Commentary of John 1:1

The exact nature of what was before the beginning is a total mystery except for the fact that God was there in three Persons. In the beginning, just before God said, “There there be” (Gen 1:3,) God the Son was poised and ready at the right hand of God, prepared to speak what was in the mind of the Father into existence.

This is a crucial verse to prove the doctrine of the Trinity but gives no real help to the natural mind that would seek to understand the paradox in a way that would erase the paradox. It is simply the truth and must be accepted as such, leading us to worship in awe at the feet of the one whose “ways are higher than our ways” (Isa 55:9).

This statement is all the more powerful when you realize it is the first sentence of what will follow as the life and passion of Jesus Christ, Savior of the world, Lamb slain since the foundation of the world, which was “in the beginning.”

Breaking Down the Key Parts of John 1:1

#1 “In the beginning…”
In parallel to Genesis chapter one, John seeks to show how God the Son was not made but had been begotten from all eternity.

#2 “…was the Word,”
The idea of “the Word” was captivating to the Greek philosophers who saw the Logos (Greek for word) as reason, and in some sense, the substance by which the universe was created, order out of chaos. They were not far from the truth. This is a great mystery but the Word is the will of God declared. The Bible is the written Word. The decrees of God are the revealed Word. But Christ is the complete and perfect manifestation of the Word. He is the “Word made flesh” (Jn 1:14).

#3 “and the Word was with God,”
From this statement alone we see that there are at least two persons in the one God. God the Son, the Word, was alongside God from all time and before.

#4 “and the Word was God.”
Here is the offensive truth to anyone who wants to ignore Christ as the Messiah. The unbelieving Jews called it blasphemy and sought to murder whoever made this claim. Jesus is fully God and he manifested in the flesh in a manger to die on a cross.

NLT
In the beginning the Word already existed. The Word was with God, and the Word was God. 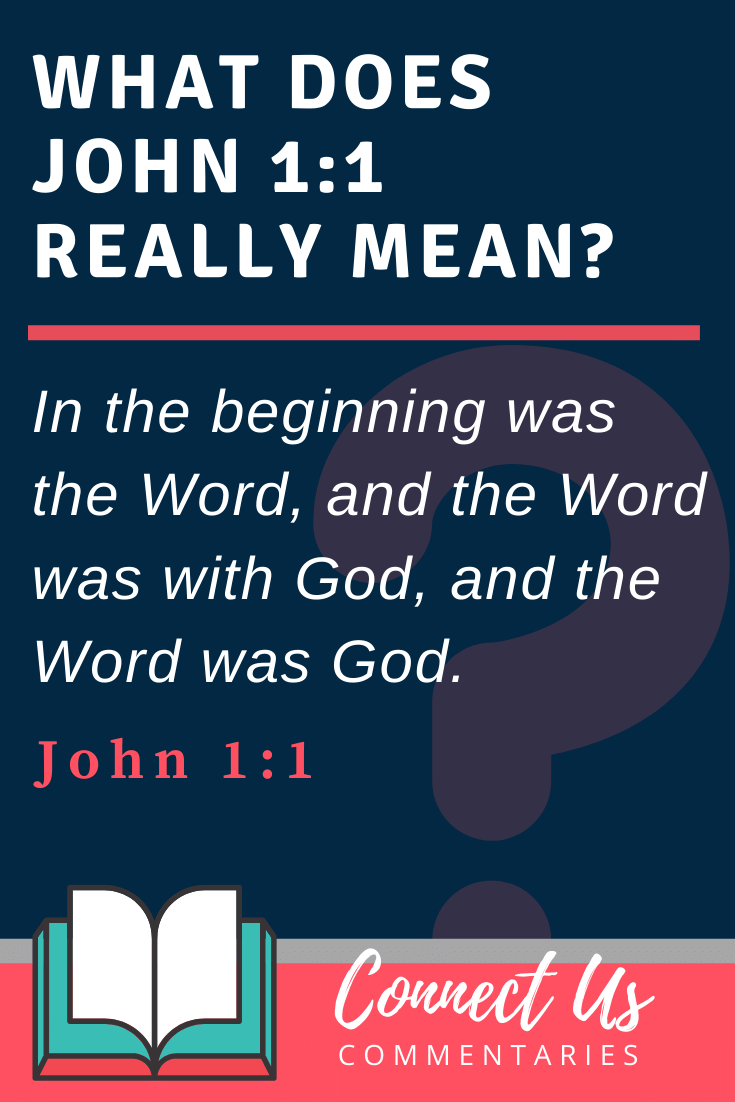