John 10:10
“The thief comes only to steal and kill and destroy; I have come that they may have life, and have it to the full.”

Explanation and Commentary of John 10:10

Jesus is discoursing on those who have come before as false messiahs and self-serving shepherds with ungodly motives. He calls them thieves, robbers, strangers, and hired hands. Likening them to those who break in and steal sheep.

Then of himself, he uses the terms good shepherd and even the door to the sheep pen. Jesus is the way, the truth, and life. Imposters come to do harm and fatten themselves at the expense of God’s people. They take life, and they destroy life. Jesus, on the other hand, has come to give life to the full, abundant life.

Breaking Down the Key Parts of John 10:10

#2 “…comes only to steal and kill and destroy;”
This sounds like our number one enemy, satan (1 Pt 5:8), who indeed whispers in the ear of all false shepherds, messiahs, and prophets who do his work of destruction among the people of God.

#3 “I have come…”
The light has come upon “the people that walked in darkness” (Isa 9:2). The Kingdom of God has broken into the fallen world and the King himself is the Good Shepherd. Any who are the sheep of his pasture will hear his voice and enter by the gate. He knows the names of each of his sheep and will not fail to call out to them (Jn 18:9).

#4 “…that they may have life, and have it to the full.”
Contrary to the killing and destroying of the false shepherds, the Good Shepherd offers a full and fulfilling life of purpose and joy. It is not possible to know what God has in store for those who love him. “What no eye has seen, what no ear has heard, and what no human mind has conceived—the things God has prepared for those who love him” (1 Cor 2:9). Those who surrender to God are the ones who become who they truly are, but could never have seen under the cloud of sin and unbelief.

NIV
The thief comes only to steal and kill and destroy; I have come that they may have life, and have it to the full.

ESV
The thief comes only to steal and kill and destroy. I came that they may have life and have it abundantly. 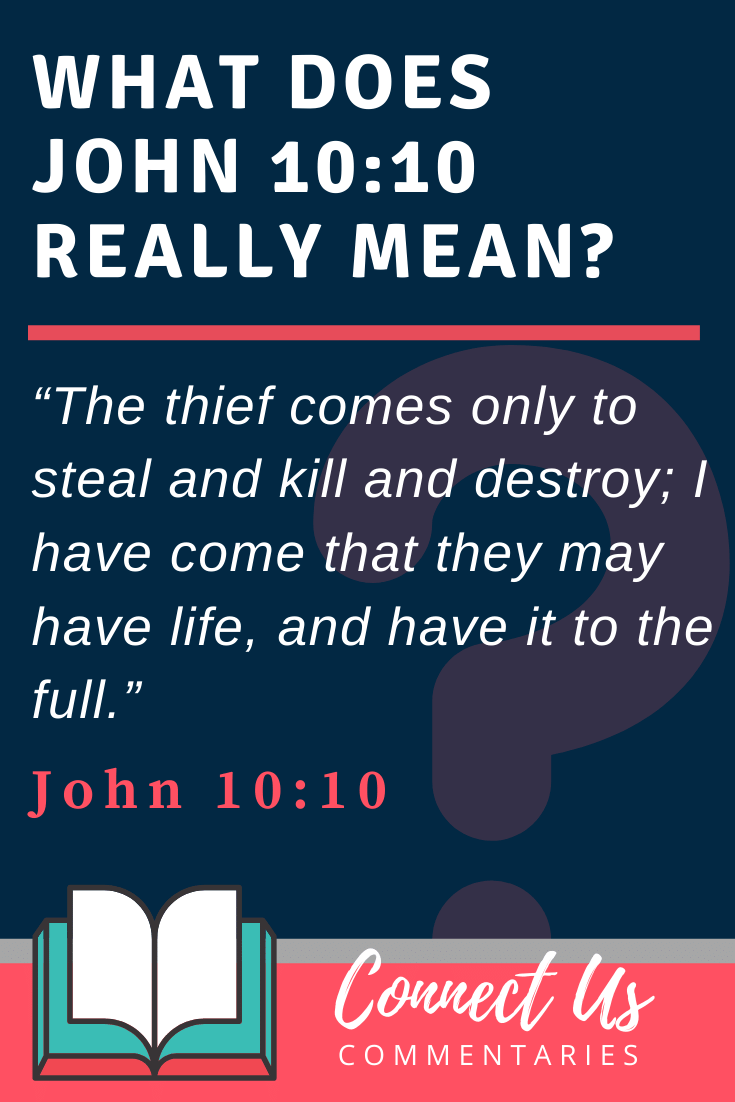