Explanation and Commentary of John 3:30

Consider what a powerful and counter-cultural statement this is. John the Baptist has enjoyed a popular ministry. But now, Christ has come and some of John’s disciples are getting a little jealous that some of their followers seem to be leaving and going to Jesus. John states that this is exactly what should be happening.

How much more powerful and effective would the Church of Jesus Christ be today if this were the attitude of all ministers? Pride and selfish ambition are a cancer on the Church. Everywhere that the Gospel is well represented, there rises up factions and competition for the wandering sheep who are taught to pick a church body by the same consumerist standards that they use to pick a restaurant.

Satan is having his way in the church in this area. But we should take heart that this happened from the very beginning and God is still having his way. In Paul’s day, he had to state that, “It is true that some preach Christ out of envy and rivalry…(Phil 1:15). But he also said the following verse.

Philippians 1:18
“But what does it matter? The important thing is that in every way, whether from false motives or true, Christ is preached. And because of this I rejoice.”

Be that as it may, if you are able, repent and root out any selfish ambition in ministry for your own sake and for the sake of the glory of Christ and the good of his Church.

Breaking Down the Key Parts of John 3:30

#1 “He must become greater;”
John is not saying that Christ in himself is not already as great intrinsically as he could possibly be. Rather, he refers to the fame and influence of Christ. John’s desire, and the reason he existed, was to see Christ exalted and glorified. Rather than be anxious that his followers were leaving him for Christ, which was the disposition of his remaining disciples, John was glad.

#2 “I must become less.”
No doubt some of John’s disciples showed the tendency of all men to hitch their star to a great man for the sake of being great by association. But Christ is the head of man, just as God is the head of Christ. Our allegiance should be to Christ alone. While the Bible teaches us to follow leaders (Heb 13:7), there should be no one in between us and Christ.

Any Christian minister does well to get out of the way of Jesus, and all ministers will be tempted to the opposite. This usually takes the form of a kind of self-importance that causes a leader to express to himself and others that, “He carries such a heavy burden,” when in reality he has taken on Christ’s burden as a way to justify his own existence, planting ministries that are extensions of their egos, rather than the Church that Christ promised to build (Mt 16:18).

ESV
He must increase, but I must decrease.

KJV
He must increase, but I must decrease.

NKJV
He must increase, but I must decrease. 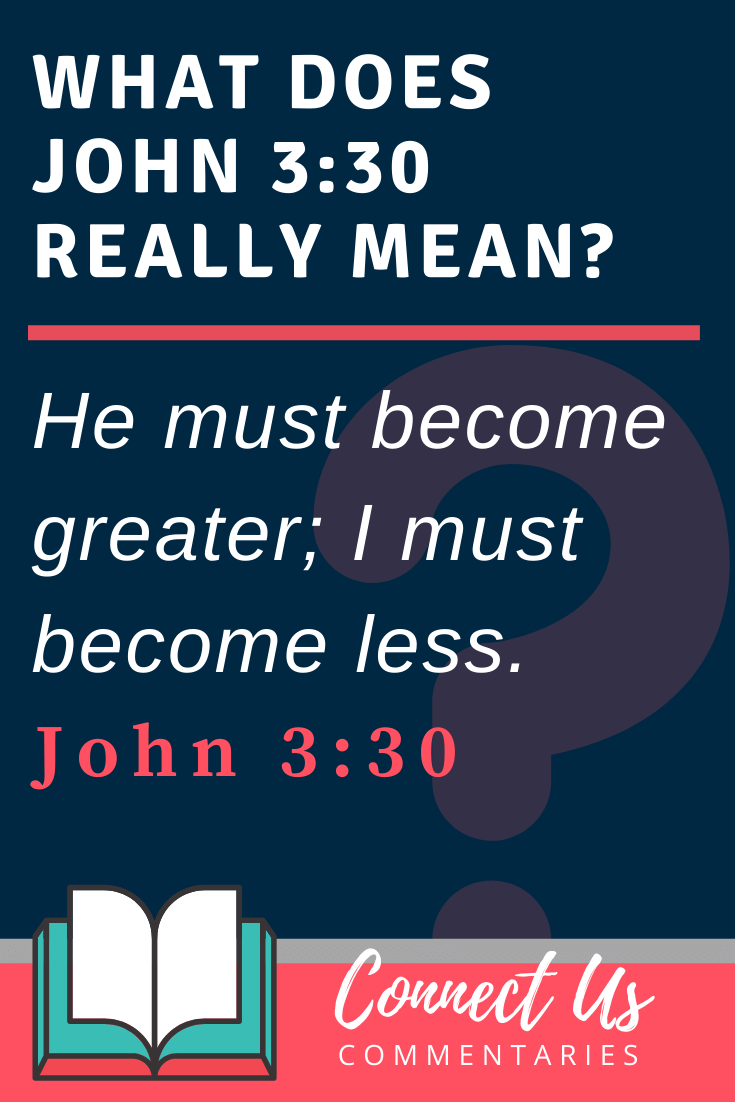