Leviticus 18:22
“Do not have sexual relations with a man as one does with a woman; that is detestable.”

Explanation and Commentary of Leviticus 18:22

This is a straightforward command against homosexuality. Detractors claim that it cannot be taken seriously amidst verses about the prohibition of mixing fabrics or cross-breeding cattle. However, the verse prohibiting homosexual intercourse falls in a section that includes incest, bestiality, and other such sexual sins. Leviticus 18:21 also prohibits child sacrifice to demonic idols. No one would claim that those moral laws are nullified by the inclusion of ceremonial laws which have been fulfilled in Christ.

This is not the first time a culture has degenerated into sexual perversion, and if Jesus tarries it will not be the last. The human heart unregenerate is wicked and will find a way to justify what it wants to feed its lusts. That isn’t to say that every nonbeliever will commit all the sins of Leviticus 18, nor is it to say that no Christian will ever wrestle with sexual sin in his or her flesh. But the prohibition of homosexuality is clear in both the Old and the New Testaments. Those who struggle with same-sex attraction (as with any sinner) should be led to the truth, be reborn, and lovingly helped to be set free of their sin.

Breaking Down the Key Parts of Leviticus 18:22

#1 “Do not have sexual relations with a man as one does with a woman;”
This can only mean what it seems to mean. There is no gray area here except to say that the verse deals with the action. Though the desire should be brought to God for help, and though it is true that sexual sin begins with lust, this is specifically about the action.

#2 “that is detestable.”
All sin is detestable, but it should be noted that when God adds the statement to describe his feelings and attitudes toward a particular sin, it seems to be meant to have the effect of placing that sin in a higher category of wickedness. All sin is punishable, but there are some sins that will receive harsher judgment (Ja 3:1; 1 Tim 5:24).

NIV
“Do not have sexual relations with a man as one does with a woman; that is detestable.”

NLT
“Do not practice homosexuality, having sex with another man as with a woman. It is a detestable sin.”

ESV
“You shall not lie with a male as with a woman; it is an abomination.”

KJV
“Thou shalt not lie with mankind, as with womankind: it is abomination.”

NKJV
“You shall not lie with a male as with a woman. It is an abomination.” 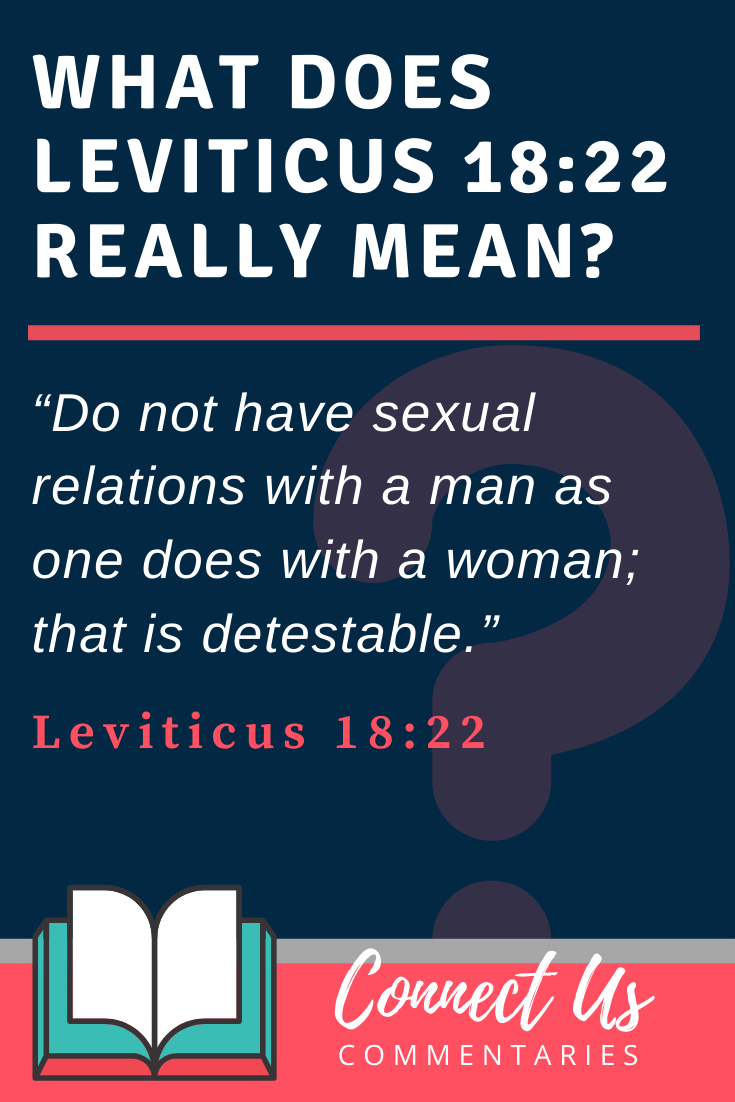