Proverbs 17:9
“Whoever would foster love covers over an offense, but whoever repeats the matter separates close friends.”

Explanation and Commentary of Proverbs 17:9

Fostering love is the goal of the Christian. One sure way to do that is to be the stopgap for information that would sow discord among brothers. It is a simple and powerful way to be a force for good in a world that loves to see a conflict. On the other hand, repeating a confidential matter, or simply a matter that will sow discord gives satan a foothold to oppose love.

Why would anyone do that? For some, it is a way to build a connection with another, however cheap, and gives them a short-term emotional payoff, though with a long-term consequence. Many who engage in this behavior would like to forego such action but lack the self-discipline to refrain. Others don’t see any moral problem at all with the activity. They are the foolish tools of the evil one.

If you see that you are often tempted to repeat confidential matters for any reason at all, ask the Lord to instead make you an instrument of peace, one who fosters love between people by letting incendiary information stop with you, giving satan no way in to “separate close friends.”

Breaking Down the Key Parts of Proverbs 17:9

#1 “Whoever would foster love…”
Is this not one of the main jobs of the representative of Jesus? Many Christians dream about ways to bring love into the world, all the while missing a simple way to accomplish it.

#2 “…covers over an offense,”
Chances to be offended abound, especially for one who is sensitive to any perceived slight. The first thing necessary is a strongly rooted identity in Christ Jesus, rather than in the opinions of other people. Those that don’t have this are likely to run and tell another friend when they have been upset, especially if it involves that friend. Rather than fostering love, this creates hard feelings while strengthening one’s own ill feelings.

#3 “but whoever repeats the matter separates close friends.”
How sad it is that something such as this could come between close friends. See what a powerful weapon gossip is in the hands of Satan? Rather than fostering love, this has fostered hatred. If this is a difficult area for you, learn who you are in Christ, and ask him to put in you a desire to foster love and not hate.

NIV
Whoever would foster love covers over an offense, but whoever repeats the matter separates close friends.

NLT
Love prospers when a fault is forgiven, but dwelling on it separates close friends.

ESV
Whoever covers an offense seeks love, but he who repeats a matter separates close friends.

KJV
He that covereth a transgression seeketh love; but he that repeateth a matter separateth very friends.

NKJV
He who covers a transgression seeks love, But he who repeats a matter separates friends. 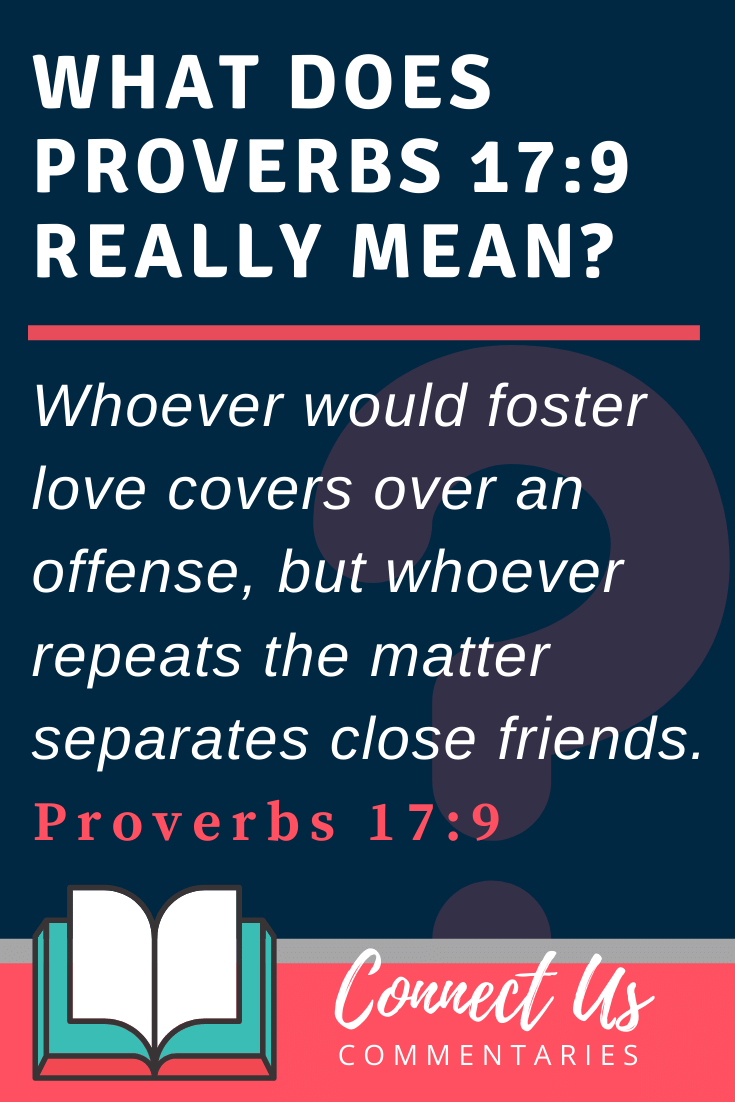