Proverbs 22:6
“Start children off on the way they should go, and even when they are old they will not turn from it.”

Explanation and Commentary of Proverbs 22:6

This promise is water to the thirsty Christian parent. Any responsible father or mother will likely battle some anxiety about the souls of their children. Sometimes this battle causes them to push a child to say a prayer and get baptized so that her parents don’t have to worry anymore, but this is folly.

Another folly is to leave it to chance, or even to other people, such as kids workers at church, to teach “the way they should go.” God has uniquely given parents the primary responsibility of pastoring their children (Deut 6:7). Our sons and daughters should be taught the Scriptures, and how to obey them. They should be held to a standard of character and self-discipline so that when they grow up they can live successfully.

The most important way to “start children off” is to model the life of a disciple for them. Many a teenager raised in the church go astray because the true teaching came from what they saw from their parents, rather than what they heard. But if we will be faithful in our role as parents (particularly fathers, who bear the greater burden of responsibility before God) to “start children off on the way they should go,” they will come back to it, even if there is first a time of prodigality.

It goes without saying that God still must regenerate their hearts and save them from their sins, but he is clear that he does that in conjunction with our part as parents to teach and raise them to love and worship God.

Breaking Down the Key Parts of Proverbs 22:6

#1 “Start children off…”
From the moment a child is conceived parents should be praying for her. From birth, she should be read to from the Bible and taught the ways of God by some sort of catechizing. But most importantly, even infants should learn from watching the devotion and love of their parents for God for others.

#2 “…on the way they should go,”
Jesus is “the way, the truth, and the life” (Jn 14:16). Children should be set on the way of Christ as early as possible. They should be taught to pray, to love, to minister to others, to trust their Father in heaven, and make disciples, expecting the coming of the Kingdom of God.

#3 “and even when they are old they will not turn from it.”
Whether the verse is meant as an encouragement that the faith of our children will last even into their old age, or it is meant to encourage us that a wayward child who starts off right will return, the happy result is that they will not die in their sins but will live out the end of their life devoted to Christ.

NIV
Start children off on the way they should go, and even when they are old they will not turn from it.

NLT
Direct your children onto the right path, and when they are older, they will not leave it.

ESV
Train up a child in the way he should go; even when he is old he will not depart from it.

KJV
Train up a child in the way he should go: and when he is old, he will not depart from it.

NKJV
Train up a child in the way he should go, And when he is old he will not depart from it. 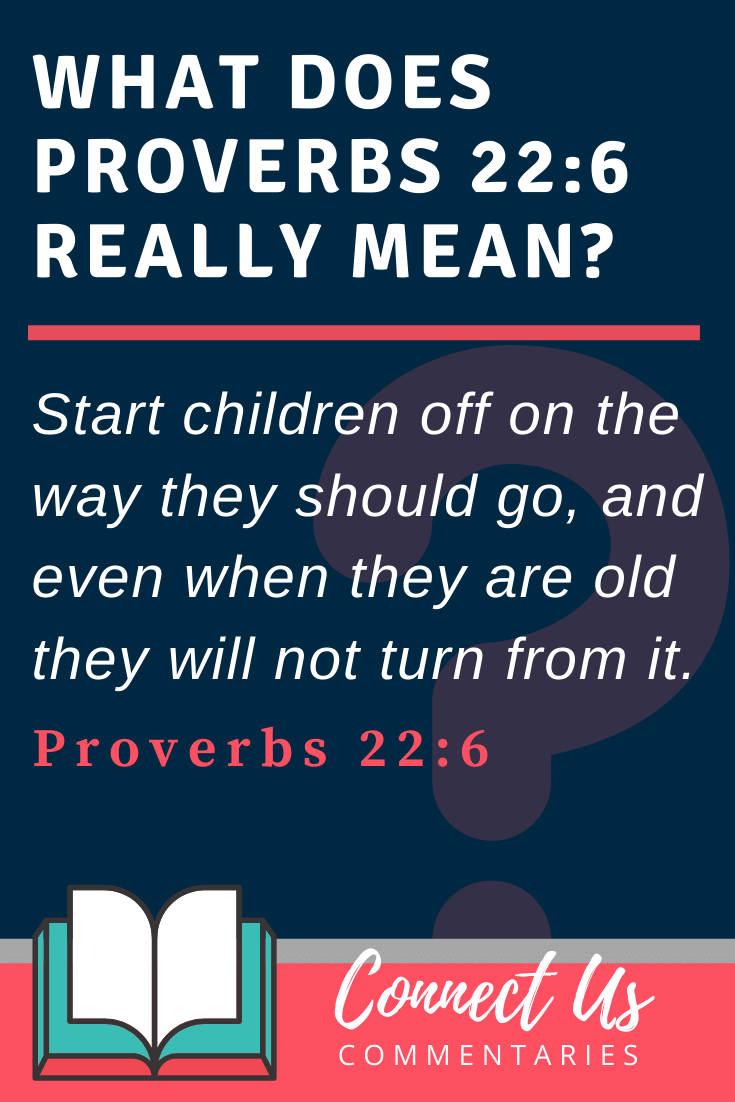