Revelation 3:9
“I will make those who are of the synagogue of Satan, who claim to be Jews though they are not, but are liars—I will make them come and fall down at your feet and acknowledge that I have loved you.”

Explanation and Commentary on Revelation 3:9

This verse is part of a letter to the church in Philadelphia in modern-day Turkey. It comes from Jesus Christ who dictated it to the Apostle John when he was living in exile on the Island of Patmos.

Jesus had many run-ins with the religious Jews of his day. He thought that they were experts in picking apart the finer points of the law, but that they had completely missed the heart of God (Lk 11:42). God calls his people to be merciful and just, but the Pharisees were particularly unjust and unmerciful.

His greatest critique for them was that their father was Satan. The proof he gave was that they did not recognize him and his claim to be the Messiah (Jn 8:37-44). They were enraged when he said that if Abraham were truly their father, they would not want to kill him. Ultimately, they did kill him, proving themselves to be unbelievers in spite of their religiousness.

Interpretation of the Key Parts of Revelation 3:9

God has given men and women free will.  You are a free moral agent as a true image-bearer of God.  Paradoxically, Jesus claimed that to believe we must be “drawn by God” (Jn 6:44). This is mysterious, but it means we should pray for God to save unbelievers, to draw them.

#2 “who are of the synagogue of Satan, who claim to be Jews though they are not…”

Claiming to be a believer is not the same as believing.  The Jews of their day claimed to love the one true God, but when “the Word became flesh and dwelt among us” they refused to acknowledge. Jesus indicated that this was the proof they did not truly know God, but were instead like their fathers who “killed the prophets” (Mt 23:30).

According to Romans 1:18-20, though it is true that God draws us, it is equally true that those who do not follow God have chosen to ignore “what can be plainly known…so that they are without excuse.”  God will hold every man and woman accountable for unbelief.

#4 “I will make them come and fall down at your feet and acknowledge that I have loved you.”

Paul tells the Romans in chapter 11 that God had blinded the eyes of the Jews so that the full number of the Gentiles could come into the Church. In this verse (Rev 3:9), Jesus may be referring to the same thing, that God will draw them back in at that time, and they will acknowledge Jesus and his followers. But, it seems more likely, because of the phrase, “synagogue of Satan,” that this refers to the judgment at the end of the age for the Jews who will continue in unbelief, and who have persecuted the Church. At this time they will be judged and punished for their sin and unbelief. They will bow down to the ones they have persecuted.

NIV
I will make those who are of the synagogue of Satan, who claim to be Jews though they are not, but are liars—I will make them come and fall down at your feet and acknowledge that I have loved you.

NLT
Look, I will force those who belong to Satan’s synagogue—those liars who say they are Jews but are not—to come and bow down at your feet. They will acknowledge that you are the ones I love. 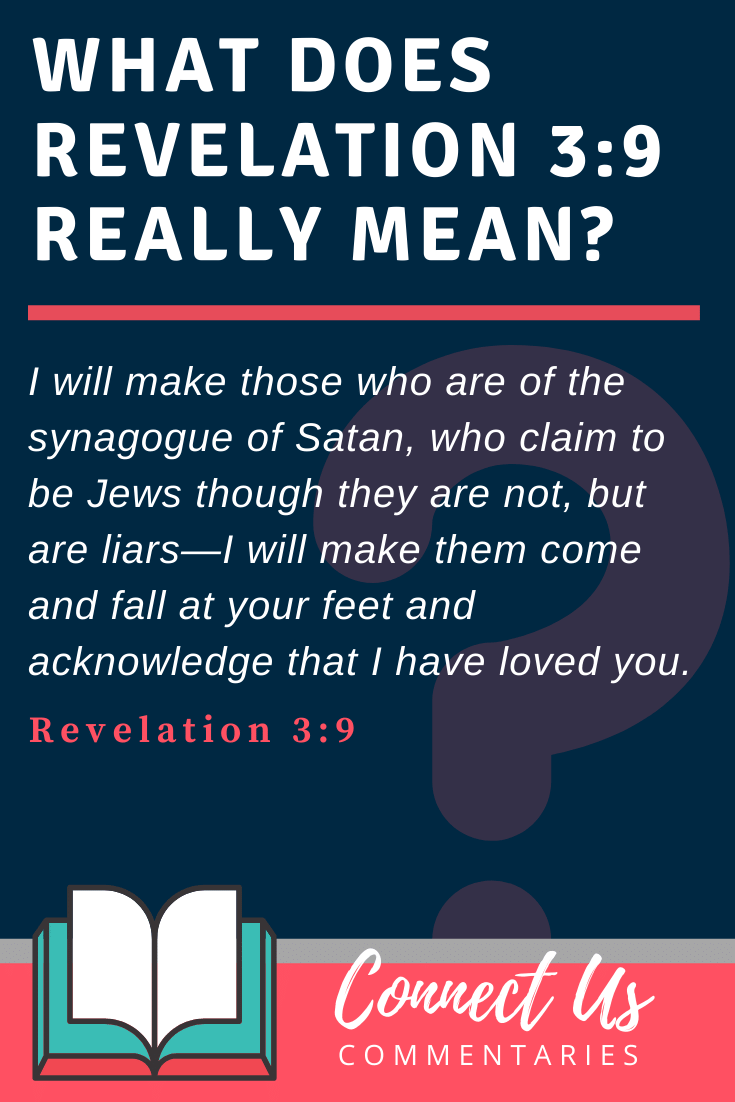