The seven spirits of God are mentioned in the Book of Revelation:

Revelation has puzzled interpreters for centuries, but it is important that we try to grasp its meaning in order to appreciate God’s message for us about the end times and how He will ultimately redeem and remake the world as it was meant to be. Let’s explore what is meant by the seven spirits of God.

The book of Revelation follows a literary form known as an “apocalypse.” It specifically deals with the end of the world and mingles prophecy, poetry, allegory, and direct description into a cohesive narrative. The imagery is stark and often terrifying and can be interpreted in numerous ways.

For the most part, Revelation follows a linear narrative, explaining the events that will come at the end of the world when God delivers His final judgments on the earth and its people. Some stories converge on the main narrative, but everything culminates in the destruction of heaven and earth, and God bringing the new heaven and earth into being where we will reign with Him forever.

The imagery of seven lamps actually comes from the book of Zechariah in the Old Testament. Zechariah prophesied when the exiles had returned from Babylon and Persia and had begun rebuilding the Temple and the walls of Jerusalem. Zechariah frequently had visions that spoke of times to come.

One such vision concerned a golden lampstand with seven lamps on top. The angel that presents these visions to Zechariah interprets the picture of the seven lamps as the eyes of the Lord, which go over the whole earth (Zechariah 4:10). They represent the presence and visibility God has over everything; nothing escapes His vision. The seven lamps provide light for the Lord to see through to the hearts and minds of His children.

Zechariah has a number of other visions that allude to other apocalyptic images, but this is the source of the seven spirits of God as found in Revelation.

The Role of the Holy Spirit

When Jesus was preparing to die on the cross, He told His disciples that He would send the Holy Spirit to minister to them. When He was resurrected, He bestowed the Holy Spirit on them after He had ascended into heaven. The Holy Spirit, which is one Person of the Trinity and one of the forms of God, came to rest on Jews and Gentiles alike, signifying that the salvation of God is for all peoples.

In the book of Revelation, the apostle John pulls from the imagery of Zechariah and ties the Holy Spirit to this image of seven spirits. While it is true that the Holy Spirit is only one Being and not seven separate entities, this can be explained by the rich use of imagery and allegory in apocalyptic literature.

The number seven is often associated with perfection and is given numerous times throughout Scripture associated with God. The various other images in these verses – lamps, stars, eyes, and spirits – represent a different aspect of God’s nature. They can be combined to paint a picture of God as all-powerful, all-knowing, all-encompassing, and all-redeeming. It is also interesting to note that Revelation begins with Jesus dictating letters to seven churches. Jesus had special words for these localized groups of believers, although the words He says to them apply equally to us today.

The Seven Warnings and Blessings of Revelation

The number seven is used for the churches Jesus speaks to, and the various cycles of judgments dealt on the earth (seven seals on the scroll, seven trumpets that are blown, and seven vials that are poured out). In the beginning of the book, however, the seven spirits of God are representative of the work of the Holy Spirit, although they are also identified as seven angels that minister to and protect each of these churches.

The letters John writes to them on behalf of Jesus Christ carry unique descriptions of the Savior, and commend each church for how they have remained faithful to God under persecution or temptation. They also rebuked the people for committing certain sins and provide a solution that will remove the sin from their presence. Consequences for disobedience are detailed if they fail to make the necessary changes, but a promise of blessing is always given to those that overcome.

We can claim these promises and rest knowing that we are under the watchful eye of God through the ministry and presence of the Holy Spirit in our lives. When we choose to accept the sacrifice of Jesus Christ and recognize Him as our Lord and Savior, we can claim the promise of eternal life and we invite the Holy Spirit to live in our hearts. The seven eyes and seven lamps as described in these books of prophecy show that God is always watching over us, and He is mighty enough to deliver us out of sin and darkness and into His marvelous light. 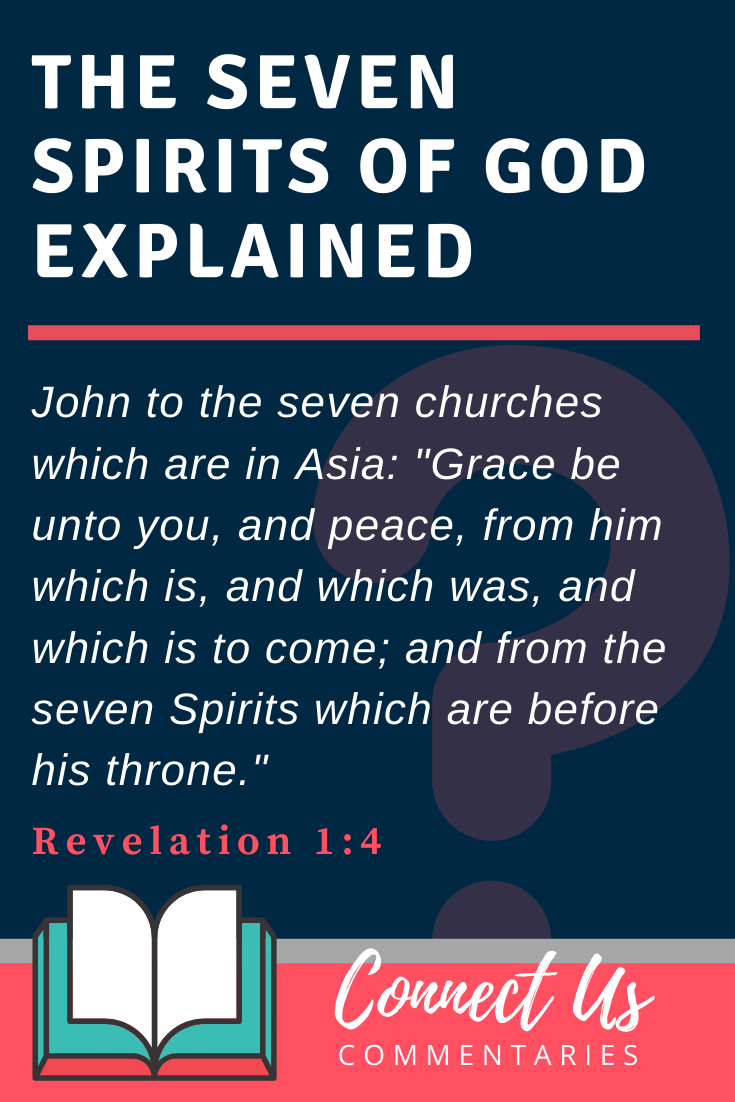